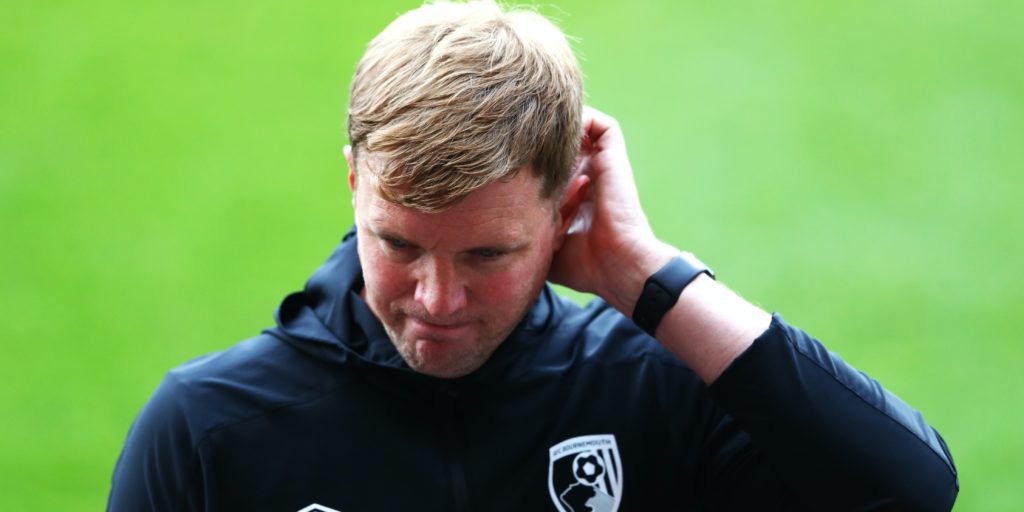 Eddie Howe believes Bournemouth can use Southampton’s remarkable response to their humiliating 9-0 loss to Leicester as inspiration for a last-gasp Premier League great escape.

The Cherries, who host Southampton on Sunday, are in desperate need of a swift revival of their own and must pick up points in each of their remaining two fixtures to stand a chance of avoiding relegation.

Howe has praised the powers of recovery shown by Bournemouth’s local rivals and feels his side are capable of pulling off a similar achievement.

“That result looking back for them will probably be a positive and that goes to show how you can take positives from very difficult situations,” said the Cherries boss.

“And I think that’s what we have to do in this current moment.

“We’re in a very difficult position but there is only one way out of the situation and that is to try and find the positives and build confidence and see if your situation can change.

“Full credit to Southampton for what they did from that moment. We still believe we can do the same.”

Southampton have been one of the division’s standout performers during the second half of the season and are comfortably placed in mid-table on the back of a five-match unbeaten run.

Bournemouth have given themselves hope in the battle to beat the drop following a draw against Tottenham and stunning 4-1 win over Leicester.

Their momentum was halted slightly by an unfortunate midweek loss at Manchester City, during which the Cherries performed admirably and manufactured more chances than their high-flying hosts.

After struggling to find the net for the majority of the season, Howe feels rediscovering a creative edge cut be crucial.

“I always say, ‘If your team is creating chances, you will score goals’,” said Howe, whose side go to Everton on the final day.

“And I think the frustration for us this season is that for the first season in a long, long time we haven’t consistently created the chances that we have done historically.

“It’s been a very difficult one for us because that’s always been our big strength. To see it return in the last few games is a huge lift to everybody connected with Bournemouth to see us playing in that way.

“I back our players that if we keep continuing to create those moments. I know we’ve got the quality to take those chances so long may that continue.”