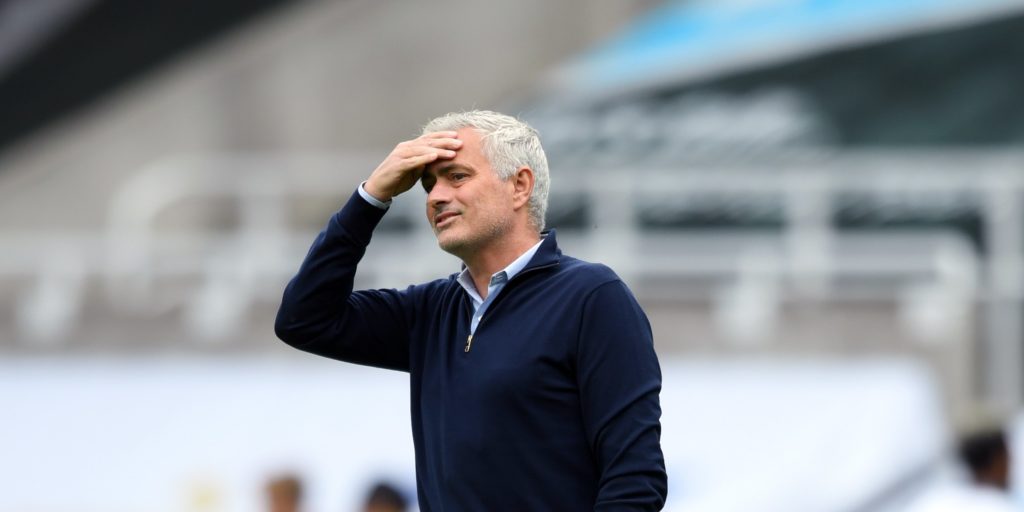 Motivation is the goal for Spurs boss Mourinho.

Tottenham manager Jose Mourinho is not worried about being left red-faced by claims his side will win the Europa League next season.

Mourinho has told his players they just need to qualify for the competition this season to ensure that glory will follow.

The Portuguese knows it will not be that simple, but is using it as a way to motivate players who are facing up to the prospect of no Champions League football for the first time since 2016-17.

He does not care what the comeback is, as long as his team win their final two matches of the season against Leicester and Crystal Palace to secure their spot in Europe’s second-tier competition.

“Others, they did not win it but they were constantly playing at the Champions League level. So we need motivation.

“I don’t want my players to be disappointed with the fact we play Champions League.

“I want my players relaxed because they had a big target. It was almost impossible to do it from months ago.

“But I don’t want the players to be affected by this disappointment – but this is a way to motivate the troops.

“If they think, ‘oh, next year I have to play in the Europa League. There could even be a qualification in the middle of September. Oh! I don’t want to do that’.

“But if we say, ‘Come on, next season we are going to win the Europa League’ – that is a different feeling.

“So I talk about this extreme situation. I don’t care that you are going to bring it up all the time. I don’t care. I have lots of respect for the competition.”

Missing out on the Champions League is likely to have some impact on Mourinho’s transfer budget, but he is relaxed about the situation.

“For some clubs it is easy,” he said. “You break the rules, forget about Financial Fair Play, spend what you want and get the good players. Easy.

“For some clubs it’s more difficult. You want to follow the rules. You don’t want to be seen breaking the rules and not playing a fair competition and for this profile of club the situation is more complicated but I know what Tottenham is before I signed my contract.

“I think, only Mr Levy (chairman, Daniel) can say it, but I think it is very easy to work with me because I am very open, I am very pragmatic.

“I like to do my periodical reports to the club analysing the situation, the different situations, project the future so with me everything is written.

“It’s not like you run away from what you said and you deny (saying it). I think it is quite easy to work with me in that direction and when I am respectful and realistic we are fine because we understand each other.”