Home News From Wise to Warnock, Rosler to Redfearn – the 14 men who tried to revive Leeds

From Wise to Warnock, Rosler to Redfearn – the 14 men who tried to revive Leeds 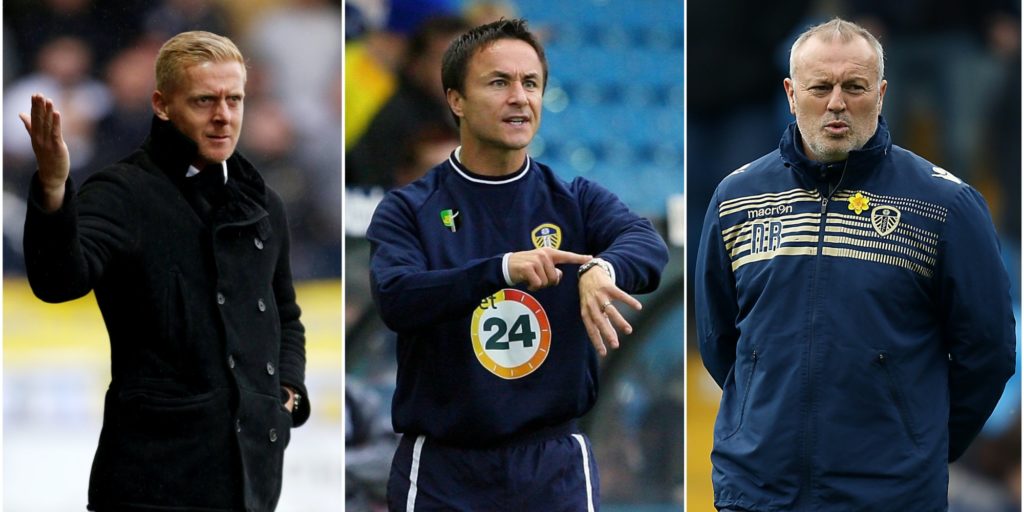 Marcelo Bielsa was the 15th manager to take charge of Leeds following their relegation in 2004.

Marcelo Bielsa has carved his name into Leeds folklore by becoming the first manager in 16 years to guide them back to the Premier League.

Here, the PA news agency looks back at the 14 others who tried and failed since Leeds were relegated from the top flight in 2004.

Blackwell was the first manager tasked with returning Leeds to the Premier League and he went mightily close. Leeds had sold all their star players following their financial meltdown, but Blackwell steered a new-look squad to the 2006 Championship play-off final. Leeds lost 3-0 to Watford and the former goalkeeper was sacked after poor results early in the 2006-07 season.

Leeds were second from bottom when Wise was appointed and relegation to the third tier for the first time in the their history was virtually assured before the club were deducted 15 points for entering administration. More loan players and free transfers came and went, but Leeds were in a play-off place – in spite of the deduction – when Wise departed to become an executive director at Newcastle.

Former Leeds captain McAllister guided the club to the 2008 League One play-off final despite their points deduction. Leeds lost 1-0 to Doncaster and halfway through the following campaign the Scot was sacked after a run of five straight defeats, which included a humiliating FA Cup defeat to non-league Histon.

Leeds lost out to Millwall in the 2009 League One play-off semi-finals under Grayson, but sealed automatic promotion the following season. Grayson’s side narrowly missed out on the 2010-11 Championship play-off places and two thirds of the way through the 2011-12 campaign he was sacked with Leeds in 10th place, three points off the top six.

Warnock could not resist the chance of taking Leeds back to the big time, but made little impact as fans stepped up their protests against unpopular owner Ken Bates. Warnock departed by mutual consent three months after new owners GFH Capital had completed their takeover, with Leeds five points above the relegation zone.

McDermott kept Leeds up and was sacked and then reinstated halfway through the following season by another new Leeds owner, Massimo Cellino. McDermott left by mutual consent at the end of the 2013-14 season after Leeds finished 15th.

Hockaday, a shock appointment whose only previous managerial experience had been at then non-league Forest Green, was sacked by Cellino after six matches.

Former Sturm Graz manager Milanic was in charge for 32 days. He failed to win any of his six matches and left Leeds 18th in the Championship, five points above the relegation zone.

Fans’ favourite Redfearn, who had served as caretaker boss three times, guided Leeds to a 15th-place finish at the end of the 2014-15 season after 33 games as head coach. He briefly returned to his role of academy manager, but was soon to quit following a bitter dispute with Cellino.

Rosler, Leeds’ fifth manager in a year, was sacked early in the 2015-16 season after winning only two of his 12 games in charge.

Evans became Leeds’ sixth different manager since Cellino’s takeover in 2014. He lasted seven months and led them to 13th in the Championship.

Leeds were play-off challengers under Monk, but a poor run-in saw them finish the 2016-17 season in seventh place. He resigned after failing to reach an agreement with new owner Andrea Radrizzani, who had completed his 100 per cent takeover from Cellino two days earlier.

Christiansen took Leeds briefly to top spot, but the former Barcelona striker’s eight-month spell in charge ended with the sack after a seven-game winless run left them 10th, seven points off the top six.

Heckingbottom, Leeds’ ninth manager in four years, was sacked after four months and 16 games in charge. Leeds, who finished 13th in the Championship, were to embark on a new season with a new manager for the fifth successive year.