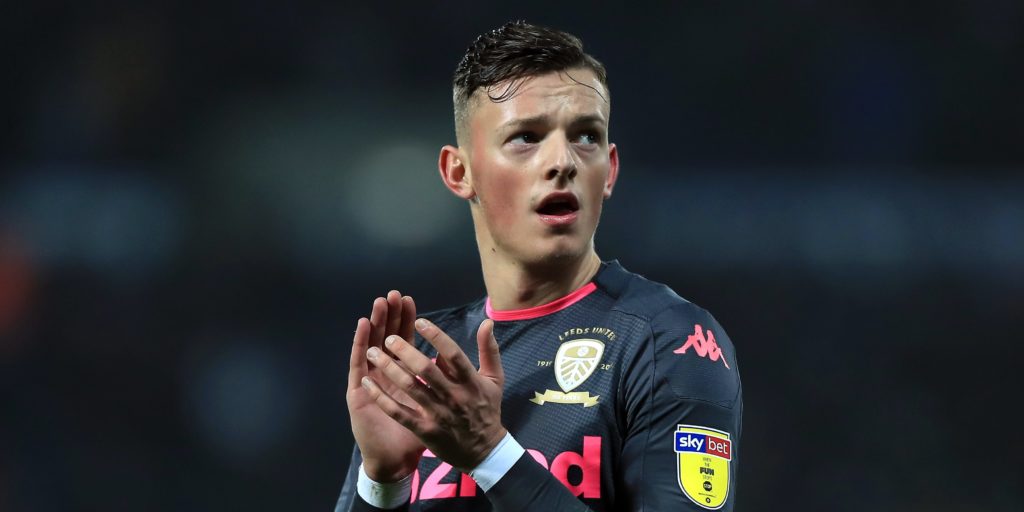 White helped Leeds to promotion back to the Premier League.

The 22-year-old played a key role in Leeds’ promotion to the Premier League during a loan deal with the Sky Bet Championship club this term.

Hundreds of Leeds fans were filmed singing “Ben White, sign him up” as part of the celebrations outside Elland Road on Friday night after Huddersfield’s win against West Brom secured the Whites’ return to the top flight.

But Brighton boss Potter poured cold water on any hopes the Yorkshire club had of making his deal a permanent one.

“He’s contracted with us and he’s on loan at Leeds. He’s our player,” said Potter at a press conference on Saturday.

“It’s fantastic he’s had this year with Leeds. I think everybody won. Ben got some great experience, Leeds achieved their goal of promotion.

“But we rate him highly. I followed his career personally when he was at Newport and Peterborough.

“As I’ve said before, we were aware of him at Swansea, we were probably trying to sign him ourselves if we were still there.

“We like him a lot. He’s a really good player and thankfully he’s our player. (Next season) he’ll be competing for a place like everyone else.”

Brighton should be among Leeds’ opponents in the top flight next year, with the Seagulls needing one more point to be mathematically safe.

But even defeats in their last two games at home to injury-hit Newcastle on Monday and away to Burnley next Sunday will likely see them survive, with Brighton six points clear of the relegation zone and enjoying a healthy advantage on goal difference from the teams below them.

However, Potter will not let his side go into the Newcastle game thinking they are safe.

He said: “The pressure is not off. We know we’re in the fight. We’ve got six points to play for. We want to try and get as many points as we can.

“I don’t think you can have that mentality (of playing for a point). I think it’s a dangerous one.

Potter confirmed Ezequiel Schelotto will not play for the club again.

The right-back started the 2-1 win over Arsenal last month but has not been part of the last four matchday squads.

“It was best for him, best for us,” Potter said.

“We’re well covered in that area. It was the right thing for us and him to make that decision a little bit before we had to, just because we had enough options and it gives him time to sort his future out.”