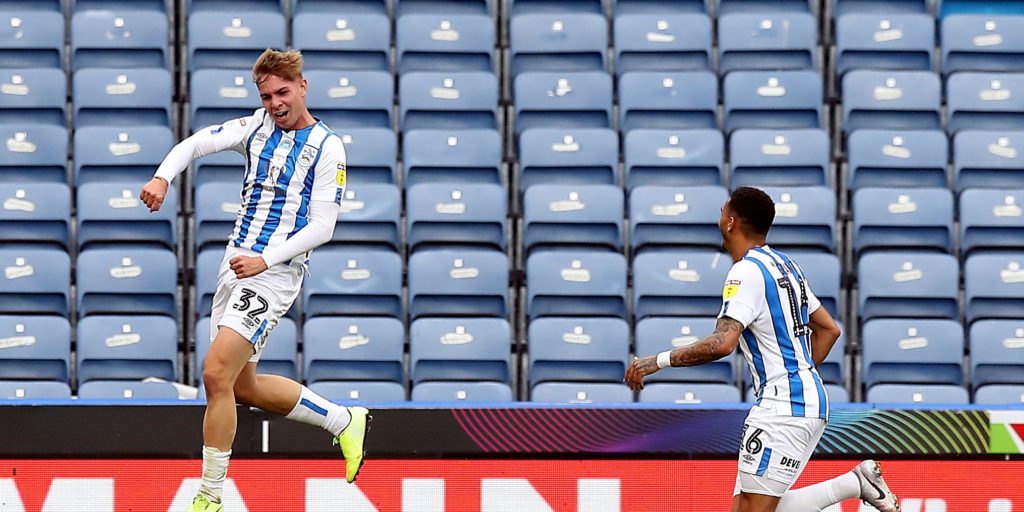 West Brom’s automatic promotion hopes are out of their hands as defeat leaves them only one point above Brentford.

Emile Smith Rowe’s late goal secured a Huddersfield victory that was celebrated across west Yorkshire as they beat West Brom 2-1 to all but assure their safety and send Leeds into the Premier League.

The result will be enjoyed in west London as well. West Brom’s automatic promotion hopes are out of their hands as defeat leaves them only one point above Brentford, who travel to Stoke on Saturday.

However, Huddersfield could breathe a sigh of relief with Smith Rowe’s 86th-minute goal moving them six points clear of the drop zone.

It was a miserable end to a frustrating night for West Brom, who were on the back foot almost immediately as Chris Willock struck just four minutes in, and were perhaps lucky to level before the break with more than one player offside when Dara O’Shea headed in from a free-kick.

And it paid almost immediate dividends as Bacuna drew a foul from O’Shea on the left, then whipped in a vicious free-kick.

Sam Johnstone could not hold it, spilling the ball at the feet of Willock who poked home.

Willock was on a charge, breaking into the box again moments later before his shot was charged down, then setting up Lewis O’Brien who scuffed his shot badly.

West Brom were slow to get going, reliant on set-pieces to get close to Huddersfield’s goal in the opening 20 minutes, but Ahmed Hegazi headed the best of the crosses over.

The visitors grew into the game after the drinks break and almost snatched an equaliser before half-time, with Richard Stearman heading off the line to block Conor Townsend’s effort.

And moments later the Bagges were level, albeit in controversial circumstances. Grady Diangana was clearly offside – and did not appear alone – as Matheus Pereira sent in a free-kick which Jonas Lossl could not hold, allowing O’Shea to stoop and head home.

They should have been ahead moments later as they broke quickly, with Diangana’s cross just eluding Hal Robson-Kanu.

Bilic, having already brought on Kamil Grosicki and Filip Krovinovic, kept innovating as Darnell Furlong and Charlie Austin were sent on before the hour.

And the subs were having an impact as Krovinovic showed great feet to win the ball in midfield and create space, only to see his shot blocked after swapping passes with Diangana. From the resulting corner, Pereira’s powerful shot was parried by Lossl.

But the attacking moves from Bilic left his side looking vulnerable on the break, and Huddersfield were a couple of mis-placed passes from Bacuna and O’Brien away from being through on goal just before the second drinks break.

The tension grew in the final 10 minutes as West Brom desperately sought a way through. Substitute Callum Robinson scuffed a shot after linking up with Pereira, and their lack of cutting edge proved costly.

Huddersfield broke again as O’Brien found the run of Smith Rowe, and the 19-year-old rolled the ball beyond the reach of Johnstone.