Newcastle doing all they can to keep Matty Longstaff – Steve Bruce 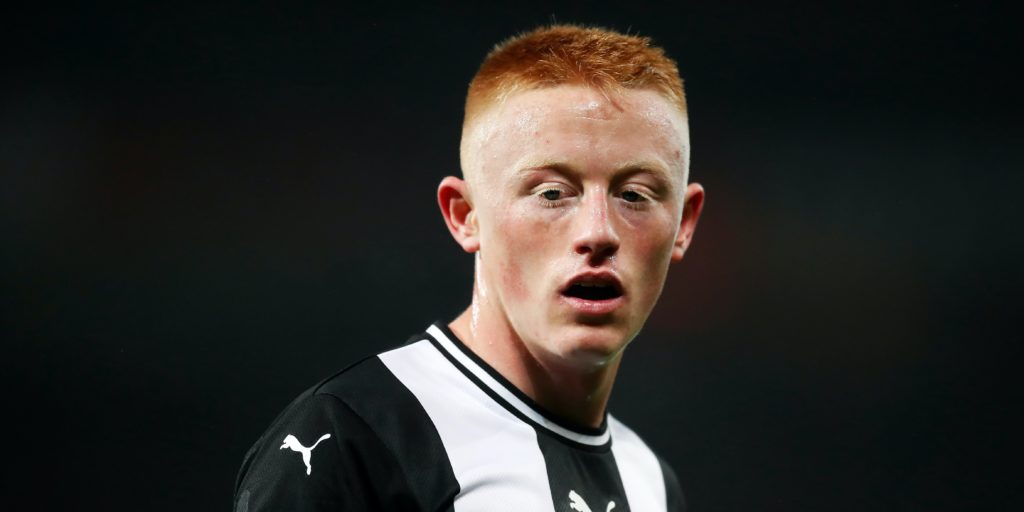 The 20-year-old midfielder is out of contract at the end of the season.

Newcastle head coach Steve Bruce will make a final plea to Matty Longstaff to to sign a new contract before the season ends.

The 20-year-old agreed a temporary extension to see him through until the end of the delayed campaign but when that expires he will become a free agent.

“We have done everything as a club to keep him here and it is up to Matty to commit himself,” said the Magpies boss.

“We think a lot of him, his progress was fantastic up until Christmas and then we got into negotiations which took far too long and then football shut down for three months.

“We can only ask that question and see. In the next week or so we will find out whether he is going to stay or move on.”

Longstaff may find himself starting at Brighton on Monday due to an injury crisis which could deprive Bruce of up to eight players.

Fabian Schar is expected to have an operation on the dislocated shoulder he sustained in midweek against Tottenham while winger Allan Saint-Maximin (calf) is a doubt.

With Florian Lejeune, Isaac Hayden, Sean Longstaff, Paul Dummett, Ciaran Clark and Jamaal Lascelles all nursing injuries Bruce admits he plans to take a closer look at the situation to see if there is an underlying issue.

“We are without seven, possibly eight – five of them are centre-backs, which is just ridiculous so it is a big frustration of ours at the minute,” he added.

“Most people accept you will have one or two or three but seven or eight is a big number, especially when five are centre-backs and two are middle of midfield players.

“We knew there would be difficulties ahead but not to this severity. The impact ones are nothing you can do about it, it is part and parcel of football, but we’ve had our fair share, probably too many.

“I will look and ask the question, ‘Is there anything we can do to improve?’ as over the season we have had far too many – especially when we are playing Saturday-Tuesday-Saturday, we can’t seem to cope.”

Bruce also had a word of praise for the Premier League’s newest addition Leeds, who secured promotion after a 16-year absence following Huddersfield’s win over West Brom.

“I think the Premier League will be better with Leeds in it,” he said.

“For me to say that with my Manchester United hat on is very difficult but I do think the Premier League will enjoy having Leeds in it.”