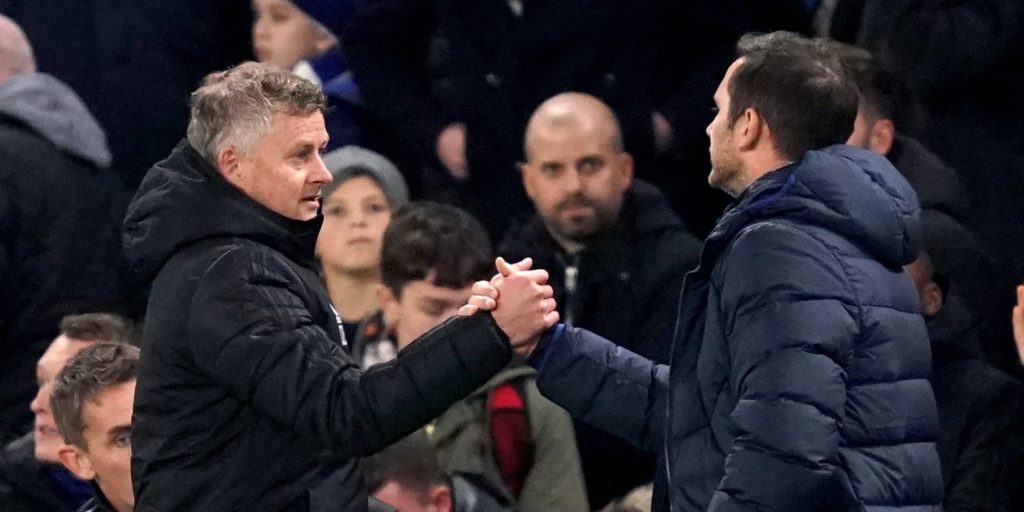 The Reds boss thinks his side have been on the wrong end of several decisions.

Ole Gunnar Solskjaer has responded to Frank Lampard’s suggestion that Manchester United are getting a run of VAR decisions in their favour ahead of the FA Cup semi-final clash with Chelsea.

On Thursday at Crystal Palace, United were fortunate to see Jordan Ayew’s equalising goal ruled out for a marginal offside while Victor Lindelof appeared to bring down Wilfried Zaha in the box but no penalty was given.

Chelsea boss Lampard has warned his defenders to be wary of conceding penalties when they look to end a run of three successive defeats by the Reds at Wembley on Sunday.

United have been awarded 13 spot-kicks this season, equalling the record for the number awarded in a single Premier League campaign.

Solskjaer said: “I could sit here for hours and talk about this. It looks like there is a narrative to try to influence the people making the decisions.

“But we had a penalty at Tottenham taken away from us which cost us two points. The Romeo red card when he nearly crippled Mason Greenwood. Mark Noble should have been sent off when we played West Ham.

“It should actually be me complaining. There is a narrative but we just have to focus on the game, but I am not going too much into it. I am fairly relaxed on it. Referees are objective and are not going to be influenced by emotions.”

United have beaten Chelsea in all three previous meeting this season, doing the league double over the Blues and nocking them out of the EFL Cup.

Solskjaer refused to take credit for his success in head-to-heads with Lampard.

“It’s down to the players doing well,” said the Norwegian. “We’ve been focused in that particular game, we’ve been having the margins, but it’s all down to players when they go there and perform they can beat anyone”

Luke Shaw looks like he will miss out at Wembley but fellow left-back Brandon Williams should be fit.

Both were forced off with injuries against Southampton on Monday and missed the win at Palace three days later. Shaw suffered a swollen ankle while Williams had a head injury.

Solskjaer said: “I don’t think Luke is going to make it. Brandon will hopefully train today and be available.”

Solskjaer did not offer Sergio Romero any guarantees that he will retain his place as United’s cup goalkeeper, while Jesse Lingard could also be involved.

“The team is not selected yet. Jesse and Sergio both have a good chance of being involved,” said Solskjaer.

“Jesse is a part of the club. He has worked really hard and he deserves his chance to come back in. We know his qualities. He has different qualities to other players and he knows we value him.”