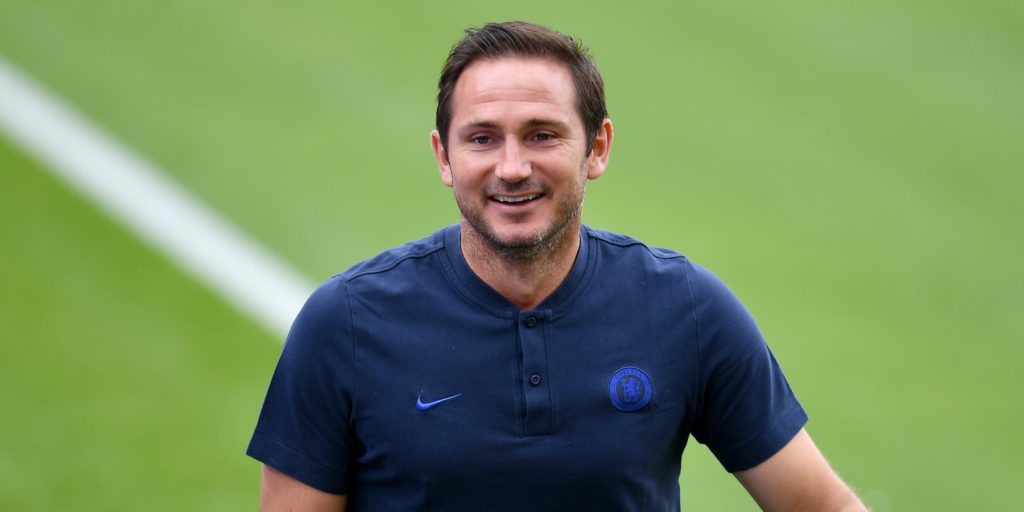 The Blues have been beaten by Manchester United on three occasions already this season.

Frank Lampard has insisted Chelsea are not out for revenge against Manchester United in Sunday’s FA Cup semi-final.

Lampard’s Blues have slumped to three defeats to Ole Gunnar Solskjaer’s side already this term.

But the Stamford Bridge boss says Chelsea will cast aside any resentment of August’s 4-0 Old Trafford humbling, the 2-1 home loss in the Carabao Cup and February’s 2-0 west London defeat when they meet at Wembley.

“Knowing the circumstances of the games, fair play we’ve lost three, that’s just a fact, and I’m not into revenge, I just want to win the game in front of us on Sunday,” said Lampard.

“And in the league we had a good first half, missed opportunities and they took theirs.

“So I think you have to respect the fact that they’re a good team, we can all see that in their recent performances, but I’m not overly concerned with the games that have gone by. I just want to win the one in front of us.”

Lampard invoked a personal grudge when his Derby side clashed with Marcelo Bielsa’s Leeds last season, amid the spygate row between the two clubs.

When asked why he motivated his Rams for retribution but would not now look for similar with Chelsea, Lampard said: “That was a different circumstance, there was a lot more to that, a lot of off-field stuff.

“I think when I say I’m not too concerned about it, of course the detail of the game and knowing the quality of their players, they counter-attacked us at Old Trafford to great effect, and it was pretty similar at the Bridge.

“So I won’t go short on those details, but I don’t want to get caught up in we must have revenge because of that. Because at the moment in the league we’re fighting, we’re one point ahead of them and it’s going to be tough.

“Those defeats are just part of our season, the Carabao Cup’s long gone, the FA Cup’s of course in front of us and we just respect them as what they are, a very good team, with very good individuals creating some great performances.

“Leeds was clearly different because of outside things that happened.

“But Manchester United, it’s two big teams going against each other and we want to win the game for what it is.”

United have seen a host of Video Assistant Referee (VAR) decisions go in their favour recently, including a couple of key calls in their match at Crystal Palace on Thursday.

Wilfried Zaha was denied a penalty just moments before Marcus Rashford put United ahead, with Jordan Ayew also seeing a goal ruled out for offside as the Red Devils prevailed 2-0 in south London.

“There is always a human element to VAR still, of course. Clearly they have to make a decision,” said Lampard.

“The confusing thing about some of the recent decisions and the one last night (Thursday) is that it’s a very, very clear and obvious decision that is wrong, that didn’t get reviewed and changed.

“And a few of those have happened. And that is strange.

“I would like to think sometimes you have to be level-headed. Some may go against you or not, but it just seems a period where Manchester United have got a few in their favour with VAR.”