Silverware at last for Leeds as they claim Championship crown 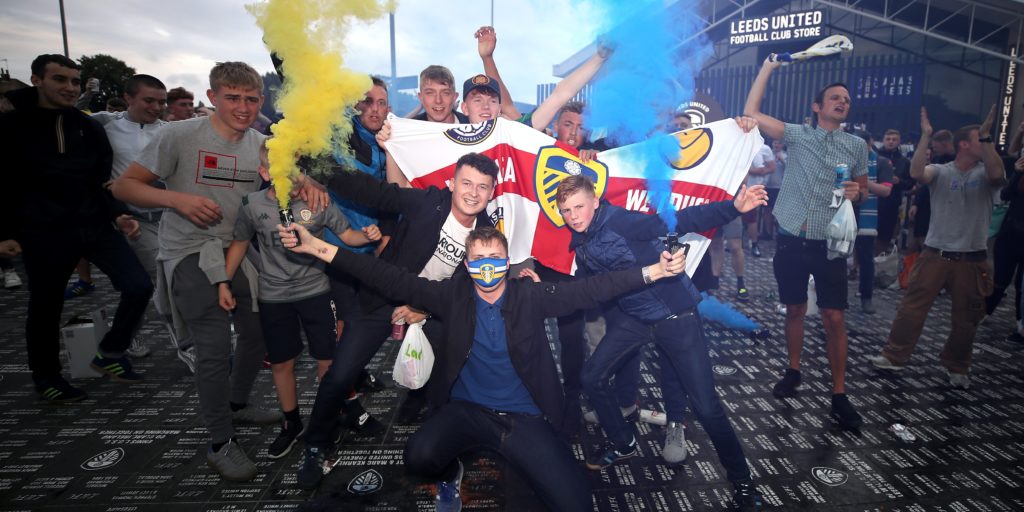 The Whites have returned to the Premier League after a 16-year absence.

Leeds have their first silverware for 28 years without kicking a ball after being crowned Sky Bet Championship winners.

Marcelo Bielsa’s men saw their 16-year Premier League exile end on Friday as West Brom lost at Huddersfield and were then upgraded to champions as Brentford were beaten at Stoke.

The West Brom result sparked a night of celebration at Elland Road and Leeds will take the party to Derby on Sunday for their penultimate game of the season.

Lifting the second-tier crown will see Leeds open the trophy cabinet for the first time since 1992 when they won the old First Division and Charity Shield titles.

The title comes at the end of the coronavirus lockdown, a period in which Leeds lost three club greats in Norman Hunter, Jack Charlton and Trevor Cherry, who made 1985 appearances for the club between them.

“A word about Norman Hunter and Jack Charlton, two club legends we lost recently and who would have certainly celebrated this achievement with us,” owner Andrea Radrizzani said.

“They are part of a great legacy that we will work hard to honour, as we continue to take strides forward in a new cycle for this fantastic club.”

Radrizzani assumed sole control of Leeds in 2017, having initially gone through a staged buy-out from the unpopular Massimo Cellino.

After a false start under Thomas Christiansen and then a short spell under Paul Heckingbottom, he and director of football Victor Orta pursued Bielsa to be their next manager.

The enigmatic Argentinian has delivered, transforming a perennial mid-table team into their current guise and thus allowing Radrizzani to achieve his goal of promotion.

“I am so happy for everyone in the Leeds United family, we all deserve this promotion,” he added. “Leeds United is one of England’s greatest and most well-supported clubs with a rich history known all over the world.

“I would like to congratulate our fantastic manager, Marcelo Bielsa, the entire coaching and backroom staff, and of course all of the players who have performed outstandingly throughout the season.

“Since my journey with Leeds United began in the summer of 2017, we have strived for this moment and it is a time for us all to celebrate the club returning to where we belong. This is truly an amazing achievement and I’m so proud to be part of this club’s success.”

Leeds’ players gathered at Elland Road for a party on Friday night, and the scenes of celebration continued at the training ground on Saturday, with the normally reserved Bielsa – who met fans outside his house – dropping his guard to join in.

“Marcelo deserves all the accolades he gets. He’s got the club back in the Premier League and it’s not been an easy task as previous managers have found out,” Leeds great Eddie Gray told the Yorkshire Evening Post.

“The club has been through some difficult times but now we’re sitting at the same table as the big boys.”

Howard Wilkinson, the last Leeds manager to win a trophy, added on the BBC: “They’ll bring a lot to the party, if they do well. They’ll add to the attraction of that league, which is now a worldwide league in terms of spectators.”