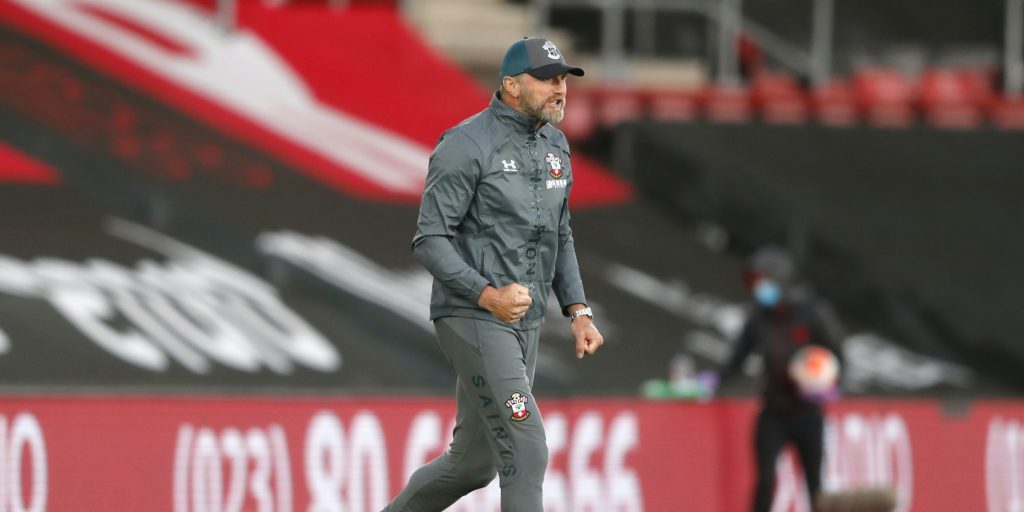 The Saints take on Bournemouth on Sunday.

Ralph Hasenhuttl is determined to underline Southampton’s place as the south coast’s number one side at embattled Bournemouth on Sunday.

Saints have long been safe from Premier League relegation – a position few could have foreseen when they lost 9-0 at home to Leicester at the end of October.

But Hasenhuttl has overseen a remarkable turnaround at St Mary’s and his side have impressed lately despite having very little to play for.

The Austrian’s push to end the season strongly continues at neighbours Bournemouth, who can ill afford defeat in their penultimate match of the season given they are three points from safety.

“Every player has his own story for why we want to win against this club,” said Hasenhuttl, who oversaw a 4-0 win at arch south-coast rivals Portsmouth in September’s Carabao Cup clash.

“Like always, you want to show who is number one on the south coast.

“After the first game we were far behind them in the table and now we are high above them – we have seen how things can change.

“But I always like to concentrate on the things I can change on the pitch, to find tools that give you a chance to win the game.

“This is for me very often more important than finding the motivation to beat them. It is not necessary in this game I don’t think.”

Saints lost the reverse fixture 3-1 at St Mary’s in September, when Bournemouth moved up to third in the Premier League and celebrated wildly.

The Cherries are looking for their first league double against Southampton, with the way Eddie Howe’s men won against Leicester last weekend and then pushed Manchester City close underlining their threat.

“I saw them playing absolutely good in those last three games, especially in the last one at Man City where they did a good job,” he said of Wednesday’s 2-1 away defeat.

“It’s always difficult in such a moment. We remember in the last years when we also had relegation battles at the end of the season. It’s a lot of pressure.

“You could see in the Man City game that after they went 2-0 down they were suddenly more brave, they didn’t have anything to lose anymore and then showed how well they can play football.

“We must also be aware that they won their last home game 4-1 against Leicester. It was a good game.

“So, we know about their qualities and I’m really surprised they’re so deep in the table.

“I saw them being much better and have a big opinion about their manager.

“But we know it can all go very quick and you’re unsuccessful and hard to turn things round.

“I feel with them and know how hard it is but in this game it’s more about putting our performance on the pitch. That’s the goal we have.

“We lost our first game against them so have to do it better and I’m sure we go there with a big goal to win.”