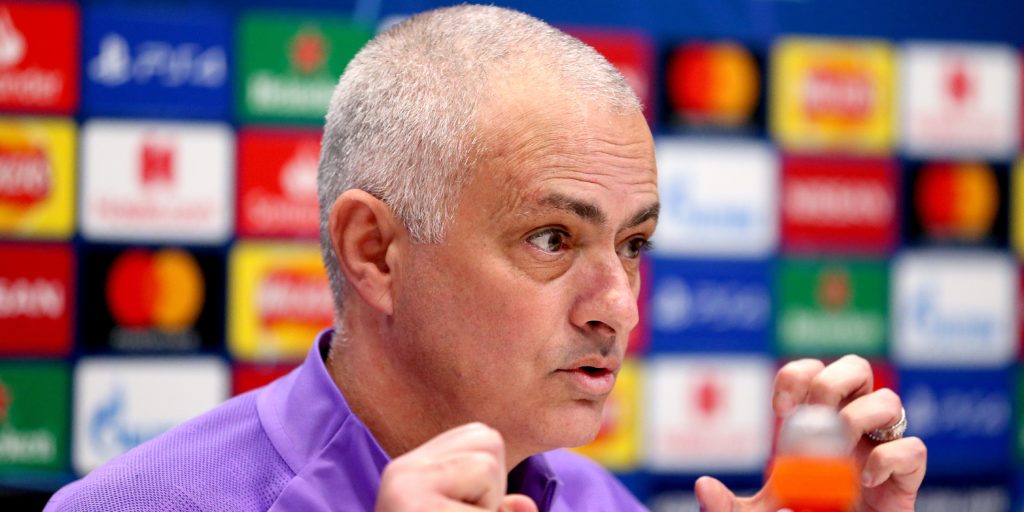 Spurs are fighting for a Europa League berth.

Tottenham boss Jose Mourinho believes his side deserve European qualification this season for the hardship they have come through.

Spurs find themselves in the thick of the race for the Europa League, despite a difficult campaign that saw Mourinho arrive midway through following the dismissal of Mauricio Pochettino.

He was without key players, including Harry Kane, for large periods, but they are finishing the season strongly and two wins from their final two games, starting with Leicester on Sunday, should see them qualify.

Only Liverpool, Manchester City and Manchester United have accrued more points than Spurs since Mourinho arrived in November, which gives the Portuguese satisfaction they are heading in the right direction.

“I think Spurs would be even better than that without all the problems that we had,” he said. “I think no other team had even similar problems to that.

“As I was saying, in the most difficult moment of the season I was just speaking about surviving, surviving was to leave us in a position where we could eventually fight for that.

“The fact that we’re fourth since my arrival, without (Hugo) Lloris, Harry Kane, (Moussa) Sissoko, Son (Heung-min), without almost everybody, is a good reflection of the potential that we have, the work we’re all doing.

“That’s why I say the minimum we deserve is to finish in a position to keep us in European football, a competition that we don’t deserve.

“It’s not our level, we’re better than that, but still European competition.

“Football is not about what you deserve, it’s about what you effectively get. So we can’t say we deserve it and then don’t get points in these two matches. So we need to win matches now.”

Spurs handed young midfielder Oliver Skipp a new contract on Friday, tying the 19-year-old down until 2024.

Mourinho has touted him as a future captain, but says he is likely to go out on loan next season.

“I’m really happy. Everybody in the club is, his team-mates are, I am and Skippy is or he wouldn’t sign the contract,” Mourinho said.

“I think he’s genuinely Tottenham’s future. He’s one of these players by human quality, by personality, he is one of these kids that I have no doubt he will be an important player for Tottenham.

“Sometimes coaches are selfish and I told him that. I never told him I want him to go on loan, I always told him I wanted him to stay here, because that’s the selfish perspective of a coach who wants the best possible squad.

“In his mind he wants to go on loan, six months, the whole season. He feels that he needs that, I also feel that would be good for his evolution, so maybe that is the direction we go.