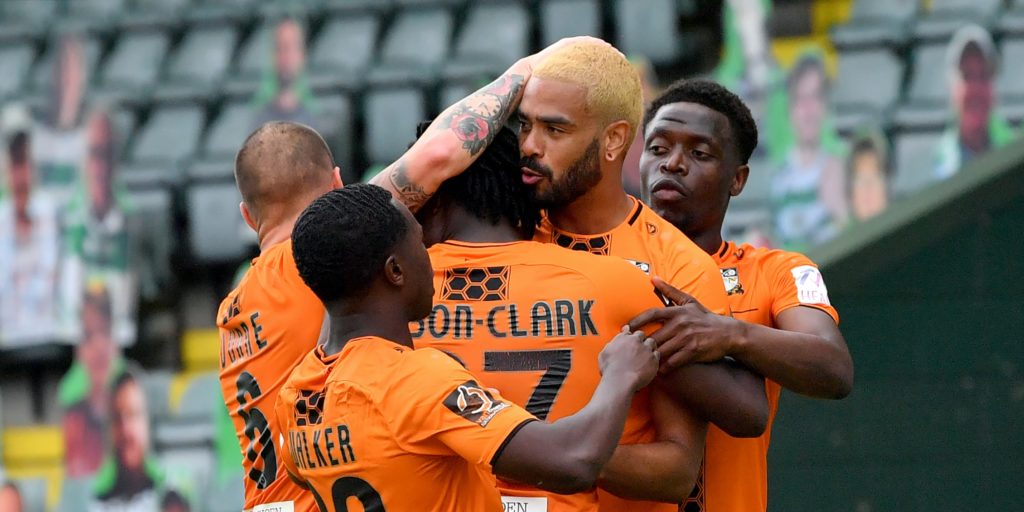 Paul McCallum and Mauro Vilhete on target in victory in Somerset.

Paul McCallum continued his prolific goalscoring form for Barnet in a 2-0 win at Yeovil in the Vanarama National League play-off eliminator.

The striker’s fifth goal in six games since joining the club on loan from Solihull Moors was added to by Mauro Vilhete late on to seal a trip to Notts County in the play-off semi-finals.

Yeovil had chances to open the scoring as Courtney Duffus had a header saved, Matt Worthington shot just wide and Luke Wilkinson headed onto the crossbar from Charlie Lee’s corner.

But the hosts were punished after 53 minutes when McCallum kept his cool to score from Ephron Mason-Clark’s pass.

Town thought they had the ball over the line for an equaliser in the 64th minute but the referee was unmoved, while Jimmy Smith had an effort cleared off the line late on.

Barnet sealed the win four minutes from time when Vilhete nodded in on the goal line after the ball came back off a post.