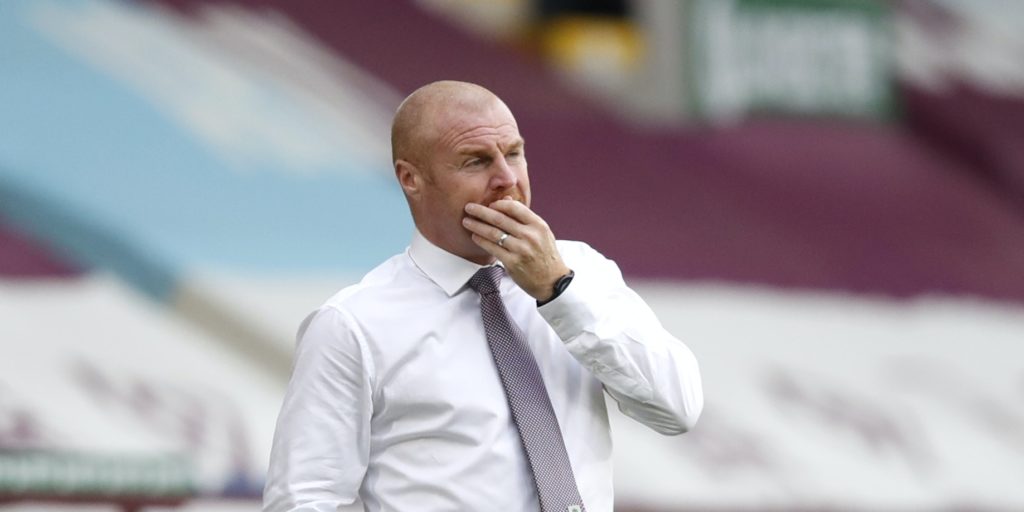 Burnley manager Sean Dyche praised “terrific” Nick Pope after the England goalkeeper edged closer to winning this season’s Golden Glove award for the most clean sheets in the Premier League.

Pope kept his 15th clean sheet of the campaign on Saturday night as his side beat Norwich 2-0 at Carrow Road, leaving him one clear of Manchester City’s Ederson in the charts.

Pope’s efforts helped ensure Norwich’s season at home came to a miserable end as they finished the match with nine men, while Burnley kept their slim chances of Europa League qualification alive.

Emiliano Buendia was dismissed by Kevin Friend in the 35th minute with the scores level, and Josip Drmic followed 10 minutes later for his challenge on Erik Pieters. Almost immediately, Chris Wood’s mistimed overhead kick beat Tim Krul to give Burnley the lead and Norwich’s woes increased when Ben Godfrey turned the ball into his own net with less than 10 minutes remaining.

Pope was called into action in the final minutes to deny Norwich a late goal, and Dyche was full of praise for the 28-year-old.

“He’s got to have a chance (of getting the Golden Glove award), at the end there he’s screaming at the two centre-halves to come back for the corner rather than go forward for the corner so he’s obviously aware of his record.

“He deserves it, he’s been terrific for us all season but he has got a strong group working in front of him. I know he respects that and he respects all his players for what they’re giving on the defensive side of the game and then we keep managing to find moments and win games.”

Victory saw Burnley move level with eighth-placed Sheffield United on 54 points, with Tottenham one point further ahead in seventh and sixth-placed Wolves two points above.

The Clarets, who have played one more game than all the teams above them, host Brighton in their final match of the season.

On the match, the Burnley boss added: “(It was a) strange game, a good goal regardless of what went in in the first in and that saw us through the first half and set us up for the second.

“We asked enough questions where they made a mistake and then the game is done as well and we’ve come away with a nice victory and a clean sheet.”

Norwich manager Daniel Farke said he felt sorry for his players and praised their second-half performance after going two men and a goal down before the interval.

He said: “Yes I just have compliments for the players who were on the pitch in the second half, because once you are down to eight free players, our plan for the second half was to stay united, to stay unbelievably spirited.”

The German boss added: “The second goal killed the game, but for our reaction in the second half I just have compliments and I was pleased for the players on the pitch.”