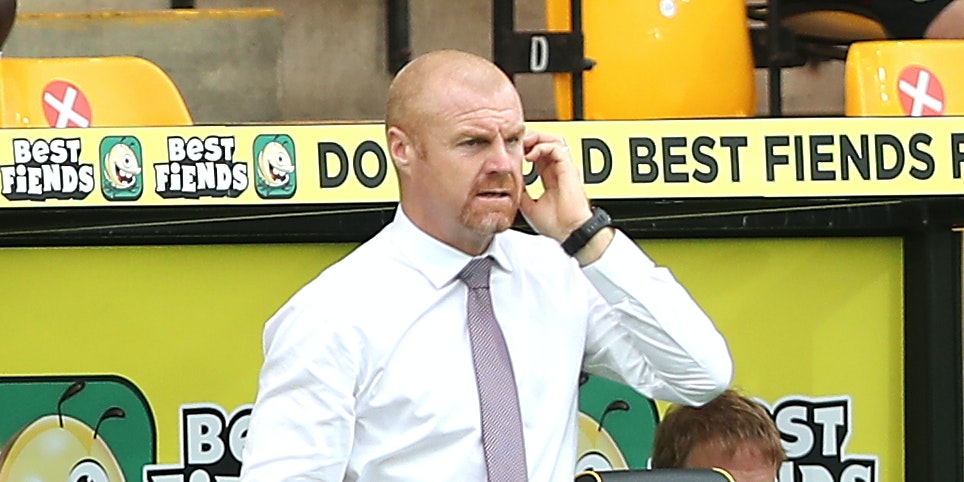 A Chris Wood effort and a late own goal from Ben Godfrey gave the Clarets a 2-0 win at nine-man Norwich.

Sean Dyche says he could not care less about outside perceptions as Burnley stand on the brink of beating their best Premier League points tally.

A Chris Wood effort and a late own goal from Ben Godfrey gave the Clarets a 2-0 win at nine-man Norwich which equalled their previous best haul with one game to go.

Despite confounding expectations and homing in on a top-10 slot, they remain relatively unfashionable and manager Dyche insists that is just the way he likes it.

Dyche said: “We get on with things. We have a lot of respect in our group and if people respect us outside then great, if they don’t, they don’t.

“We’re happy just continuing to play hard to try and get points on the board and keep developing the players and they’re doing a great job themselves at the moment with the way they’re going about it.

“People sometimes question us, they sometimes praise us, and we see beyond all that and get on with whatever comes our way.”

Burnley’s win, which shunted them above Arsenal in the table, was effectively sealed when the Canaries had two men sent off in a calamitous first half.

Emiliano Buendia was dismissed by referee Kevin Friend with the scores level, and Josip Drmic soon followed the Argentinian after a mistimed diving tackle on Erik Pieters.

Wood struck his side in front on the stroke of half-time despite mistiming an overhead kick, then Godfrey turned the ball into his own net 10 minutes from time.

The result means the already-relegated Canaries have won just five matches all season as they prepare to finish their dismal campaign at Manchester City next Sunday.

Canaries goalkeeper Tim Krul was unsparing in his criticism of his side, admitting they had “let themselves down” – and ought to have avoided falling straight back into the Championship.

Speaking on the club’s official website, Krul said: “I think we’ve let ourselves down a little bit over the last few weeks, I’ve said it before.

“At the start of the season I definitely thought we had enough in this squad to be staying up.

“We’ve been in some games – we just haven’t been able to nick a draw and it’s frustrating. This league is unforgiving, and you can see that today.

“We haven’t been able to turn things around, the intentions were there, we’ve worked hard. The quality just hasn’t been there the last few months.”