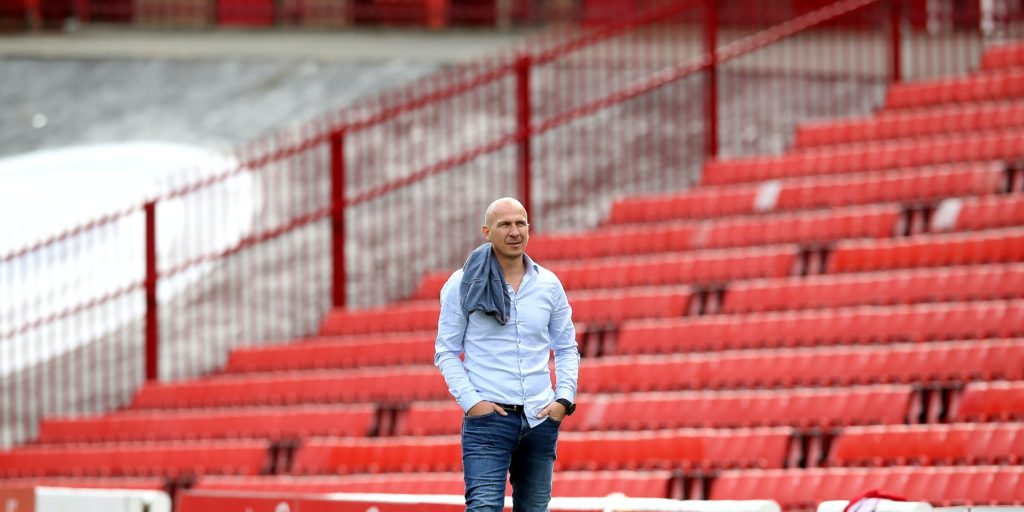 The win moves Barnsley to within two points of Charlton in 21st.

Head coach Gerhard Struber expressed his delight after a dramatic stoppage-time winner from substitute Patrick Schmidt gave his Barnsley side a 1-0 victory over Nottingham Forest which keeps their survival hopes alive going into Wednesday’s final game of the season at Brentford.

The win moves Barnsley to within two points of Charlton in 21st, while Forest still require one point from their clash with Stoke to mathematically guarantee their play-off place.

The hosts threatened twice inside the opening few minutes with Alex Mowatt and Luke Thomas both having efforts saved by Jordan Smith.

Thomas also clipped the top of the bar with a shot.

Forest had a good chance late on in the first half when Nuno Da Costa’s flicked effort was kept out by Jack Walton.

Jacob Brown struggled to get the ball under control when he was through just before the break, allowing Smith to clear the danger.

As the hosts continued to press, Marcel Ritzmaier’s deflected long-range drive struck a post and substitute Matty Wolfe’s effort was cleared off the line by Joe Worrall.

Schmidt replaced Ritzmaier with less than 10 minutes remaining and came to Barnsley’s rescue, snatching the winner deep into stoppage time by firing into the net following a scramble inside the area.

Struber said: “It was a special moment. It was a big effort today to create chances and I think we deserved the victory.

“My boys from the first second to the last second had control of the game.

“We never gave up and believed until the last second that we can score. Everyone had the right mindset.

“In the end it was a big magic moment for everyone, including Patrick who scored the goal. The last few weeks Patrick has not had so much game time but I trust him 100 per cent. I think he’s a very important player for the team.

“We know that Brentford is a massive opponent and we have a big respect for them, but we are ready for a big fight.

“My boys are very happy and I am very proud of them. It is great for their confidence going into the Brentford game.”

Nottingham Forest manager Sabri Lamouchi said: “Congratulations to Barnsley because they played much better than us.

“The desire today was in the Barnsley side and not in the Forest side.

“The spirit in the dressing room was absolutely terrible but my job is to talk with them honestly.

“We need to recover, have a good rest and on Wednesday play a clever game.”