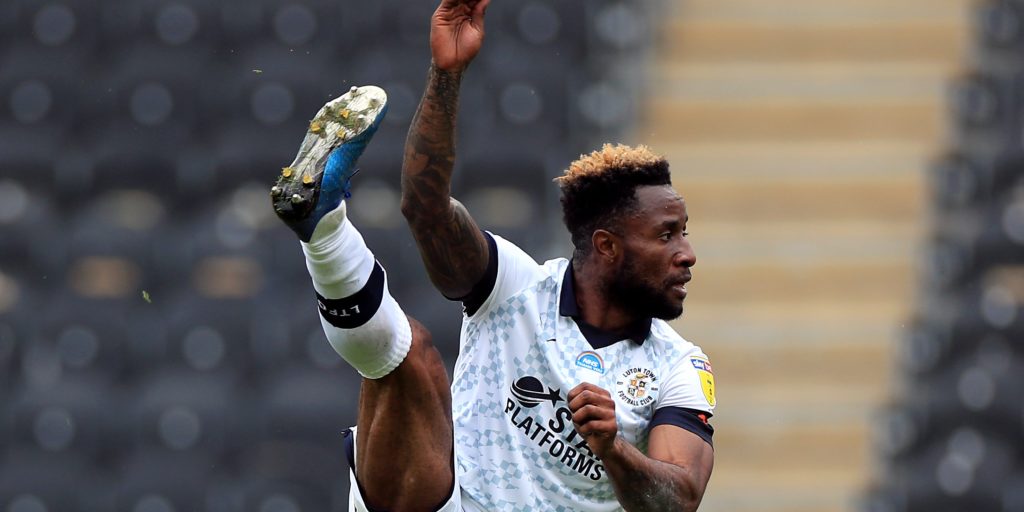 The Tigers failed to bounce back from their 8-0 thrashing in midweek.

Hull are on the brink of dropping into League One for the first time since 2005 after Luton won 1-0 at the KCOM Stadium to enhance their own survival chances.

It has been a horrible 2020 for the Tigers, which bottomed out with a joint club-record 8-0 defeat to Wigan in midweek, and Kazenga LuaLua’s 85th-minute goal left them needing a miracle to survive.

They definitely need to win at Cardiff on Wednesday and then pray that Luton lose at home to Blackburn and Wigan also lose at home to Fulham, which will see the Latics drop into the relegation zone when their 12-point penalty for administration is applied.

They could also survive if only one of those two things happen and Charlton lose with an unlikely 16-goal swing in goal difference, but it seems fanciful and their fans know it, with a large group turning up at the stadium to protest against their owners.

Even with the win, Luton are likely to have to better Charlton’s result or win and hope results elsewhere go their way to stay up – although if both Wigan and Hull lose on Wednesday then they will be assured of a second year in the Championship.

It looked like Nathan Jones’ men were going to be denied as a host of chances went begging, but LuaLua popped up with five minutes remaining to give his side hope.

The Tigers were a goal down inside 60 seconds of that mauling at the DW Stadium, but they were determined not to allow a repeat of that and started on the front foot.

A wicked free-kick from George Honeyman forced Simon Sluga to acrobatically tip over the crossbar with just two minutes on the clock and the Luton goalkeeper was flapping at another delicious Honeyman delivery soon after as Ryan Tafazolli just failed to make contact.

Hull continued to look the more threatening as Tom Eaves and Tafazolli headed off target, but it was not a first half full of chances, which would have pleased boss Grant McCann after the midweek humiliation.

There was more action outside the stadium as a group of disenchanted Hull fans came to protest at the club’s owners, chanting “We want Allam out” before being moved on.

Luton improved after the break but were lucky to keep 11 men on the pitch in the 55th minute after James Collins reacted badly to a foul by Angus MacDonald, only receiving a yellow card for his headbutt – albeit weak one – on the Hull defender’s chest.

The Hatters were the only team looking like winning as they tried to keep their destiny in their own hands and squandered a string of chances.

Collins could not quite connect with a diving header with the goal gaping, Pelly-Ruddock Mpanzu curled just wide and Danny Hylton dragged a great chance wide.

Just as it looked like it was not going to be their day, LuaLua came off the bench to fire in a low shot into the bottom corner to give his side hope and virtually condemn Hull.