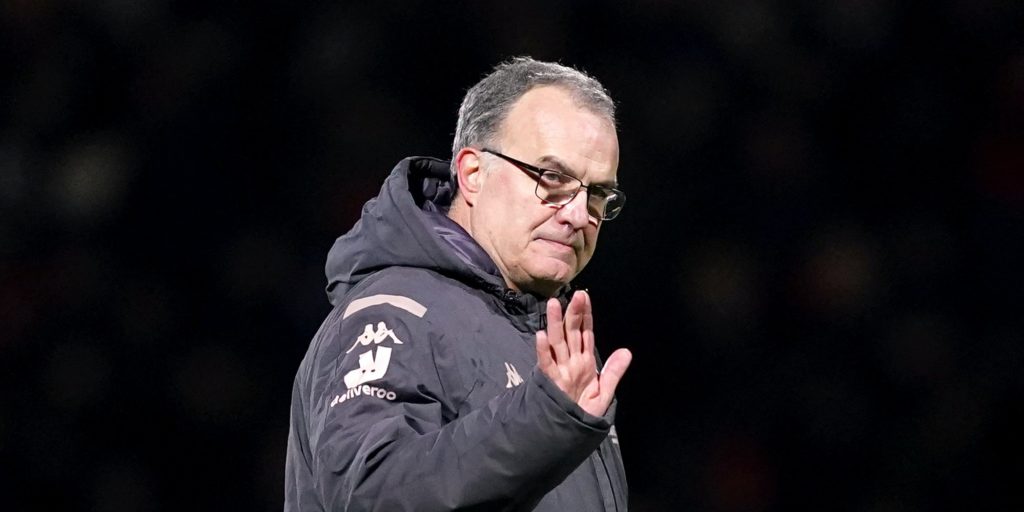 The Argentinian’s current deal expires at the end of the season.

Leeds are keen to discuss a new contract for manager Marcelo Bielsa after securing the Championship title and a return to the Premier League.

West Brom’s defeat at Huddersfield on Friday night ended Leeds’ 16-year wait to return to the top flight, and they were confirmed as champions when Brentford lost to Stoke on Saturday afternoon, their first trophy since 1992 when they won the old First Division and Charity Shield titles.

They still have games against Derby and Charlton to come but attention will quickly shift to next season now, with Bielsa’s future top of the agenda as his contract expires at the end of the season.

Chief executive Angus Kinnear told the Yorkshire Evening Post he was due to hold talks with director of football Victor Orta, owner Andrea Radrizzani and Bielsa next week.

“Victor, Andrea and I will be straight in with Marcelo next week, talking about plans for next season, exactly as we did at the start of this season,” he said.

“He has a review, he knows the direction he wants to take the club in and it’ll go from things we need on the playing side right through to changes he wants to be made at Thorp Arch and the backroom staff.

“Obviously his own personal arrangements as well we need to resolve.”

Aside from his spells in international football with Argentina and Chile, the 64-year-old Bielsa has rarely stayed long at any individual club, but Kinnear believes he is happy and settled after two seasons at Elland Road.

“The challenge with Marcelo is that intentions are always a bit of a mystery because he’s always focused on the next game, you’re a brave man to try and distract him from the task of the next match,” he said.

“We hadn’t had a specific conversation but he’s been very, very focused on what we’ve done with the academy, getting that to Cat One status, he’s hugely focused on developing the younger players.

“If we hadn’t made it, it would probably have been the case that we’d be competing in the Championship with a younger squad and I think that challenge appealed to him.”

For now, Bielsa has been seen celebrating with his players, staff and fans as Leeds’ promotion sparked a night of partying at Elland Road.

Bielsa was brought in by Radrizzani and Orta after false starts under Thomas Christiansen and Paul Heckingbottom following the takeover from the unpopular former owner Massimo Cellino.

The enigmatic Argentinian has delivered, transforming a perennial mid-table team into their current guise and thus allowing Radrizzani to achieve his goal of promotion.

“I am so happy for everyone in the Leeds United family, we all deserve this promotion,” Radrizzani said.

“Leeds United is one of England’s greatest and most well-supported clubs with a rich history known all over the world.