Thomas frank about his disappointment as Bees are stung by Stoke 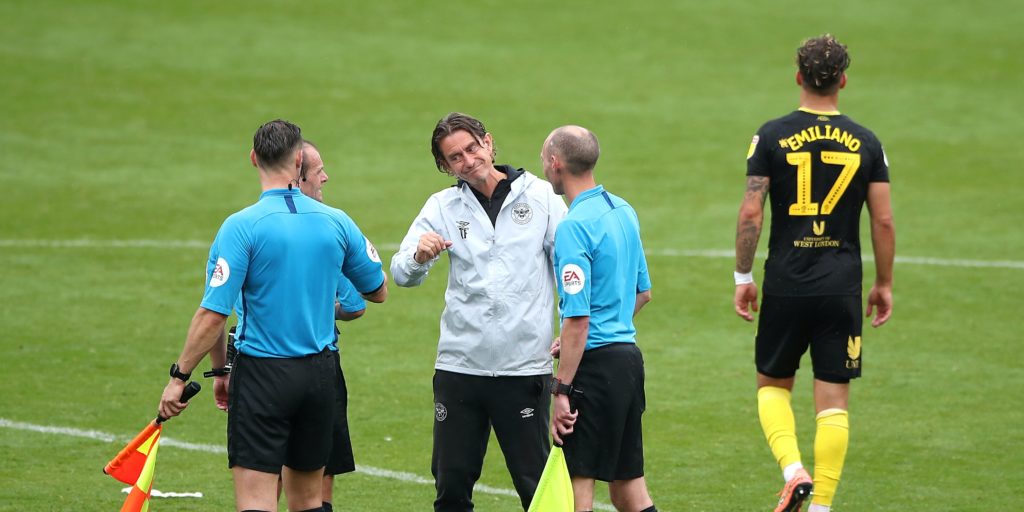 Brentford boss Thomas Frank expressed his frustration after the Bees missed the chance to move into the Championship’s automatic promotion places as they were beaten 1-0 at Stoke.

Frank’s men would have replaced West Brom in second ahead of Wednesday’s final round of fixtures if they had avoided defeat at the Bet365 Stadium.

But Lee Gregory’s 38th-minute tap-in was the only goal of the game as the Bees’ eight-match winning streak was halted and the Potters secured their safety. The result also confirmed already-promoted Leeds as champions.

Brentford, a point behind West Brom in third, host rock-bottom Barnsley on Wednesday, while the Baggies – breathing a sigh of relief after Friday’s 2-1 loss at Huddersfield – take on QPR at the Hawthorns.

Asked how frustrating it was given the opportunity presented by Albion’s defeat, Frank said: “Of course. I would say it is not emotional now for the players and the staff and me, but of course that would be a lie.

“Of course we would have loved to go into the final game with everything in our hands.

“That is the roller coaster of football. What happened out there on the pitch is the past. We can only look forward, do everything we can to settle our emotions and be ready to go again Wednesday.

“I am very proud of them (his players). I think they gave everything out there today. We have been on an unbelievable run and if anybody had said to us before the start of the season that before the last game you would be one point off the top two…

“Also I am 100 per cent sure I am going to be even more proud of them at the end of the season. If it takes one or four games (due to the play-offs) I don’t know.”

Frank was then asked if there had been any sense of the pressure getting to players, and the Dane said: “That is the obvious one to question, and I guess there’s a lot of experts out there who will say ‘they couldn’t cope with the pressure’.

“I’m satisfied with the effort from the players and of course we need to get this defeat out of the body and be ready to go on Wednesday again.”

Gregory scored on the follow-up after Sam Clucas’ strike had been parried by David Raya.

Brentford were left wondering what might have been after Adam Davies made good saves to deny Bryan Mbeumo prior to the goal and Emiliano Marcondes and Ethan Pinnock late on, and Josh Da Silva put a good chance wide around the hour mark.

Stoke moved up to 17th, having been bottom when boss Michael O’Neill took charge in November.

O’Neill said: “I think it’s always relief when you are in this situation. It’s a relief to get it finally done and to do it and win against a very, very good team is a positive for us as well.

“But it’s nothing for us to celebrate – it is just something for us to look at the progress we have made, and we will look to continue that going forward.”