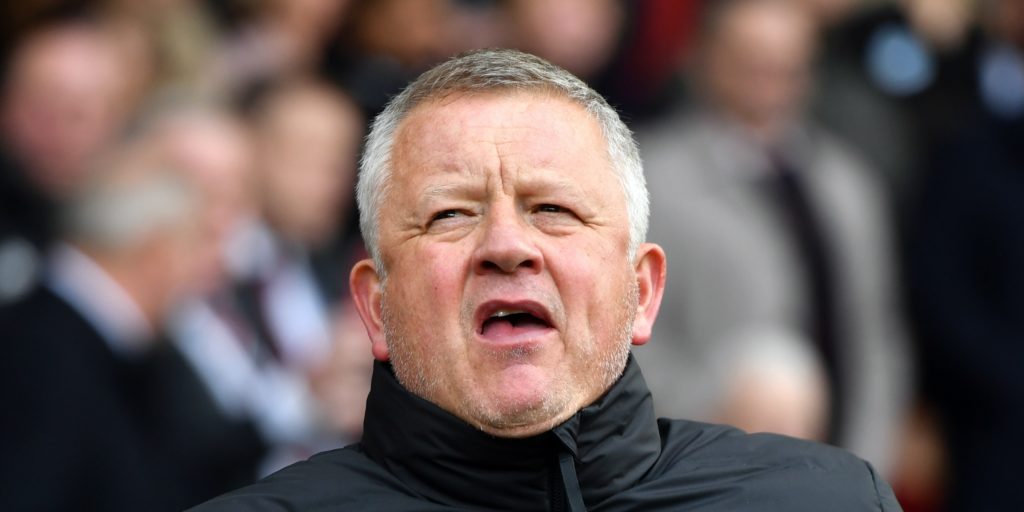 Wilder has worked wonders at Bramall Lane, taking the Blades from League One to challenging for Europe in five seasons.

Chris Wilder insists he is happy at Sheffield United and would not be tempted away if the club continue to move in the right direction.

Wilder has worked wonders at Bramall Lane, taking them from League One to challenging for Europe in five seasons.

While their best players could be courted this summer, perhaps the biggest threat to the Blades is a club coming in for their manager.

But Wilder remains happy at the club he has supported since a being a boy.

“I am happy. I signed a new long-term contract. I’m enjoying working at the football club. I am ambitious. I want to take us to the next level on a lot of fronts,” he said ahead of Monday’s game with Everton.

“I am enjoying working, I have not really thought about my future to be honest.

“When you talk about players and anybody in the game it is because you are doing OK and we are all doing OK at the moment.

“I am extremely happy at the moment and hopefully we can keep moving forward as a football club, that is the big thing for me.

“On the pitch I have the ability to improve and off the pitch we need to grow in terms of facilities and infrastructure. We are behind, we recognise that on a lot of aspects.

“It won’t happen overnight but as long as we show an attitude to improve, that for me is key and hopefully that will happen.”

The Blades are challenging for a Europa League spot, though it is out of their hands going into the two final games.

They have surprised many with their enterprising way of playing and bigger clubs may be looking at their best players.

Despite their lofty position, Wilder says the Blades will remain a selling club.

“We are still a selling club, but we are a more powerful one,” he admitted. “We are a better one on the pitch, we can attract better players now.

“I still think – from a wages point of view and financial point of view – if any of the big clubs came calling for any of our players then I can’t stand in their way.

“It is difficult, if anyone is wanting to double players’ wages and stuff like that. Buying club, selling club, there are always three parties in a transfer and we have to recognise our power in that three.

“Nobody is going to put a gun to our heads for small offers for players we rate and value. It will be market value if anything happens. Nothing has happened, no one has rang me yet.”