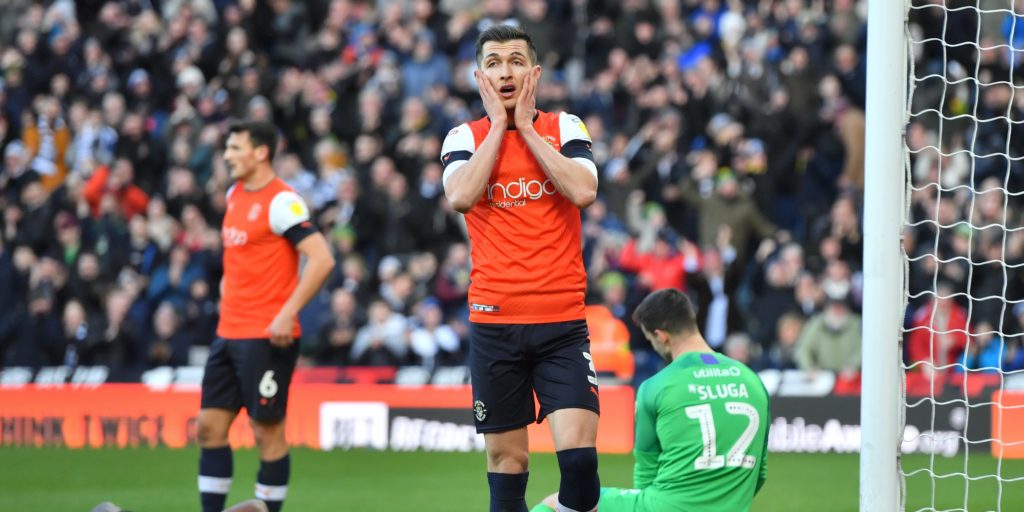 Matty Pearson is also an injury doubt for the relegation-threatened Hatters.

The left-back sustained a problem in training on Friday but manager Nathan Jones took to the risk to name him in the team against Hull on Saturday only to have to replace him with Martin Crainie after the warm-up.

Fellow defender Matty Pearson is also a doubt as he missed the vital win over the Tigers with an ankle injury.

On-loan Chelsea midfielder Izzy Brown has sat out the last four matches with an Achilles problem.

Rovers striker Danny Graham returns to the squad and could make his 600th professional appearance having missed the weekend win over Reading.

Defender Amari’i Bell has returned to training but will not be risked.

Tosin Adarabioyo, who has a minor hamstring niggle, and Dominic Samuel will not travel with their contracts expiring after the match.

Defender Hayden Carter is set for another run out after making his professional debut on Saturday as manager Tony Mowbray continues to give younger players a chance.