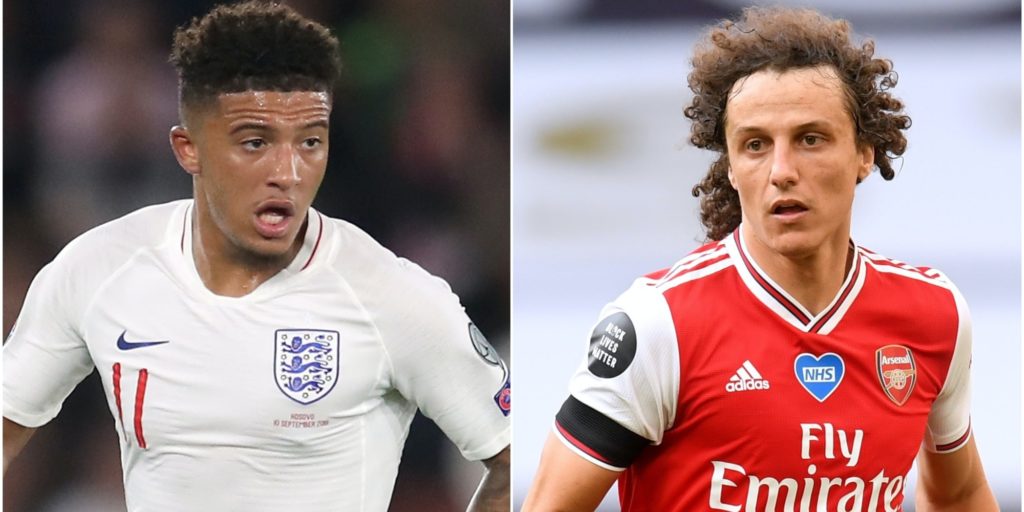 Jadon Sancho may need to push for a transfer to Manchester United, while David Luiz’s form could force Arteta to rethink his transfer plans.

Jadon Sancho may need to do some of the heavy lifting if he wants to leave Borussia Dortmund for Manchester United. According to the Daily Mirror, the German club are holding steadfast in their GBP 120million pricetag for the 20-year-old, however United are believed to be unwilling to match their valuation. That means it could be up to Sancho himself to push for the transfer by making it clear that he wants to be at Old Trafford.

The improved form of David Luiz may force Mikel Arteta’s hand when it comes to the summer transfer window. The Daily Star says the 33-year-old defender’s string of quality performances could force the Arsenal manager to alter his plans to focus on bolstering his side’s defence.

Staying with Arsenal, Spanish midfielder Dani Ceballos is reportedly eager for a longer-term stay at Emirates Stadium. Citing El Confidencial, the Daily Express reports the 23-year-old is set to ask Real Madrid president Florentino Perez to extend his loan with the Gunners for another season.

According to the Sunday Express, Chelsea have not yet decided whether to make a move for Manchester United goalkeeper Dean Henderson. The 23-year-old has been strong on loan at Sheffield United, and has been identified as a potential replacement for Kepa Arrizabalaga. However the Blues have also been linked with Ajax goalkeeper Victor Onana and Atletico Madrid’s Jan Oblak, while the Blades are keen to keep hold of the England Under-21 international for another season.

Raul Jimenez: Tuttosport says Juventus are eager for the Wolves and Mexico forward to replace Douglas Costa – who has been linked with Paris St Germain and Manchester City.

Benicio Baker-Boaitey: The West Ham midfielder is set to join Bayern Munich, according to The Sun.