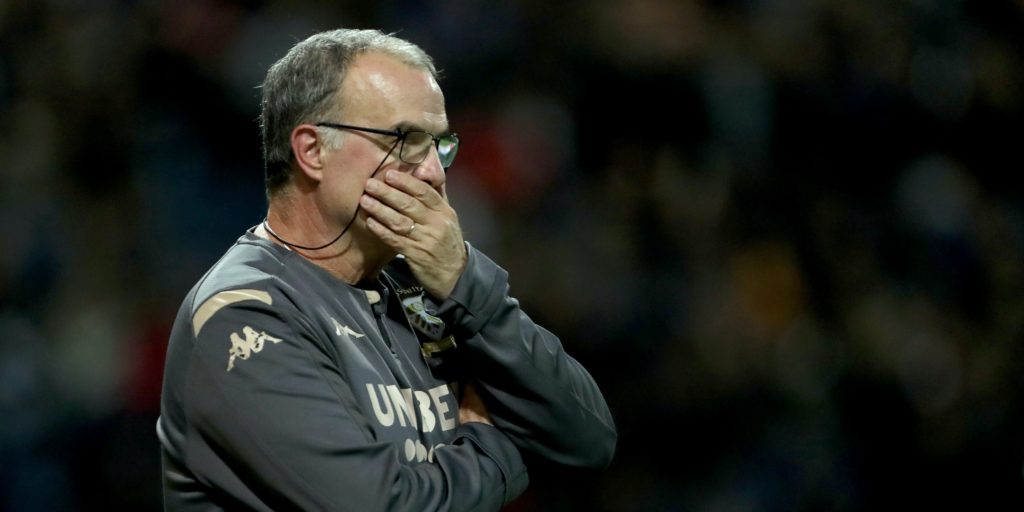 The Argentine led Leeds to the Championship title.

Pep Guardiola believes English football will benefit enormously from the arrival of Marcelo Bielsa in the Premier League next season.

Bielsa, the veteran former Argentina, Chile and Athletic Bilbao coach, last week led Leeds back to the top flight after a 16-year absence.

Manchester City manager Guardiola has often spoken glowingly of the 64-year-old Argentinian, whom he has admired for many years.

The former Barcelona and Bayern Munich boss said: “I was not his player, so it’s difficult for me to talk about him, but I know the reference and influence for one thousand million players that were with him and their opinion.

“I was lucky to sometimes have the opportunity to talk with him, to see him. For world football, with his ethics, behaviour, the special way he plays – he is an authentic manager. No other manager can play the way he plays.

“His product is always incredibly personal. No-one can imitate him. That makes him so special.

“It’s my personal opinion that for English football it will be incredible for him to be in the Premier League next season, and to learn from him and his teams the the way he plays.”

Despite being widely admired in the game, Bielsa has not been a serial winner of silverware.

Guardiola, who has won 29 major trophies in his career, insists that does not matter.

He said: “The knowledge you have as a manager does not depend on the results you have.

“The media and others judge on the results but the players judge managers through the knowledge they have.

“There are no doubts about the quality of this manager, Marcelo Bielsa and his knowledge, through the comments of the players that were with him.”

Guardiola also paid tribute to Nigel Pearson, who was sacked as Watford manager over the weekend despite the club being within touching distance of Premier League survival.

City face the Hornets at Vicarage Road on Tuesday.

Guardiola said: “Before the lockdown, what Nigel had done was incredible – the amount of points and the results they got, when they were on the bottom.

“After that I don’t know what happened. I wish Nigel all the best. He’s an experienced manager in England, he has done incredibly well in the past and he’s done well at Watford.”

With second place guaranteed, there is nothing riding on the game for City, who thrashed Watford 8-0 last September.

Guardiola said: “That was one century ago. It’s impossible to replicate this.

“There is not even one reference to that game. The manager was different. In that moment we were playing to win the Premier League, now we are done. They are playing to survive.”

City wrap up their Premier League campaign at home to relegated Norwich on Sunday and then will step up preparations for their Champions League clash with Real Madrid on August 7.

Guardiola said: “We will have two days off after the game against Watford, but after that we’ll make two weeks of training sessions.”