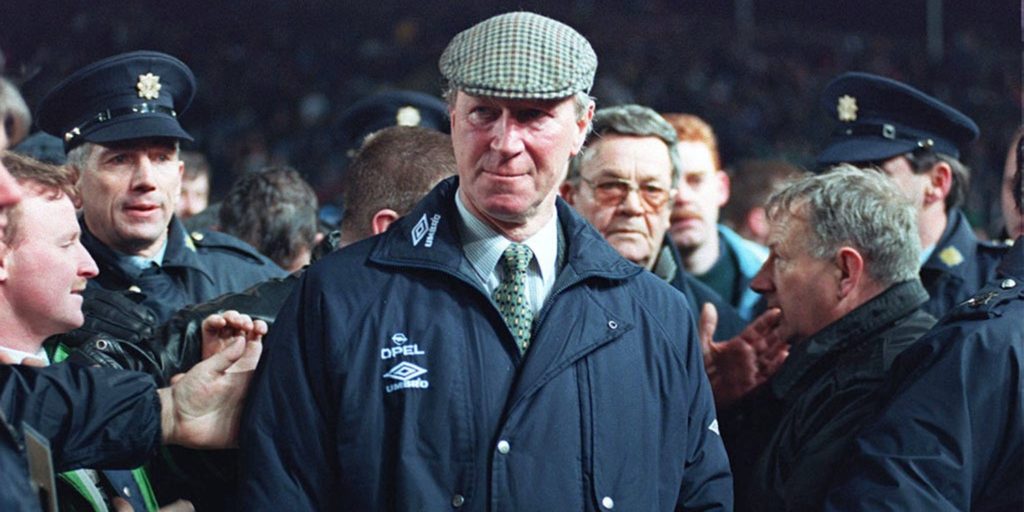 The former manager and England World Cup week died earlier this month at the age of 85.

Charlton’s funeral takes places in his native Northumberland on Tuesday when the England World Cup winner and former Republic manager will be remembered on both sides of the Irish Sea.

The Football Association of Ireland are calling on all Republic fans to wear green in memory of Charlton, who led them to the 1990 and 1994 World Cups and died earlier this month at the age of 85.

“We can’t be there with Jack’s family on Tuesday but I will be wearing green to remember the great man,” McCarthy was quoted as saying on the official FAI Twitter account.

“Jack did so much for Ireland. He brought so much joy and success to our country and I know Jack’s Army will say goodbye in the style he deserves.”

The FAI have also asked all Irish radio stations to play ‘Put ‘Em Under Pressure’ at 12.30pm to coincide with the funeral service.

“On behalf of my mother Pat and all the Charlton family, I want to thank everyone in Ireland who has offered us so much support and sympathy to us at this very difficult time. It is very much appreciated,” said Jack’s son John.

The FAI are in talks with the Charlton family about a fitting memorial when COVID-19 travel restrictions are lifted.