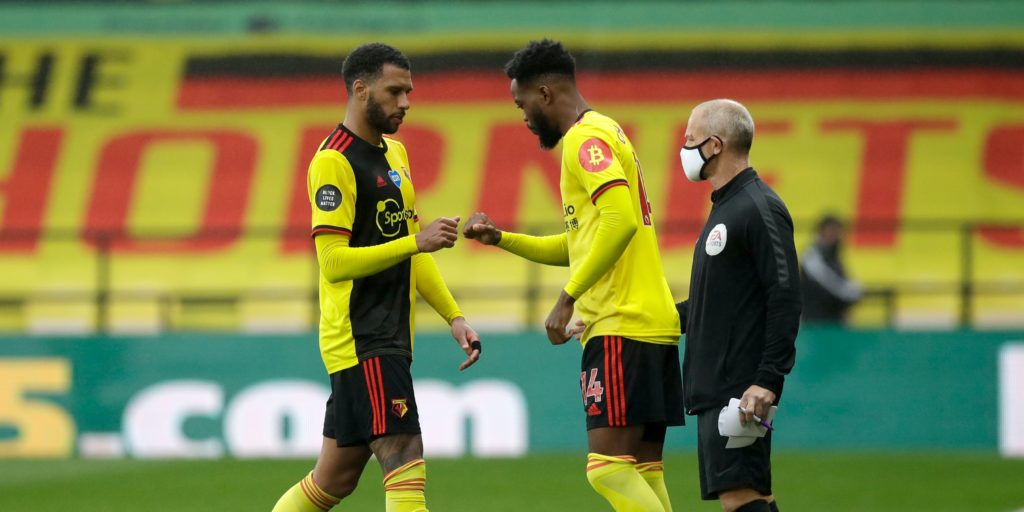 Watford lost 8-0 to the Citizens back in September.

Watford are set to be without midfielder Etienne Capoue when Manchester City travel to Vicarage Road on Tuesday.

The Frenchman missed Friday’s defeat at West Ham with a knock and is not expected to return in time for the visit of Pep Guardiola’s men.

Daryl Janmaat, Gerard Deulofeu (both knee) and Isaac Success (Achilles) are also unavailable for the Hornets’ crucial clash in their bid to remain in the Premier League.

City are still without leading scorer Sergio Aguero, who has been sidelined since knee surgery last month.

Back-up goalkeeper Claudio Bravo is again doubtful with the muscular problem that kept him out of Saturday’s FA Cup semi-final loss to Arsenal.

City have no fresh injury concerns following the defeat at Wembley.