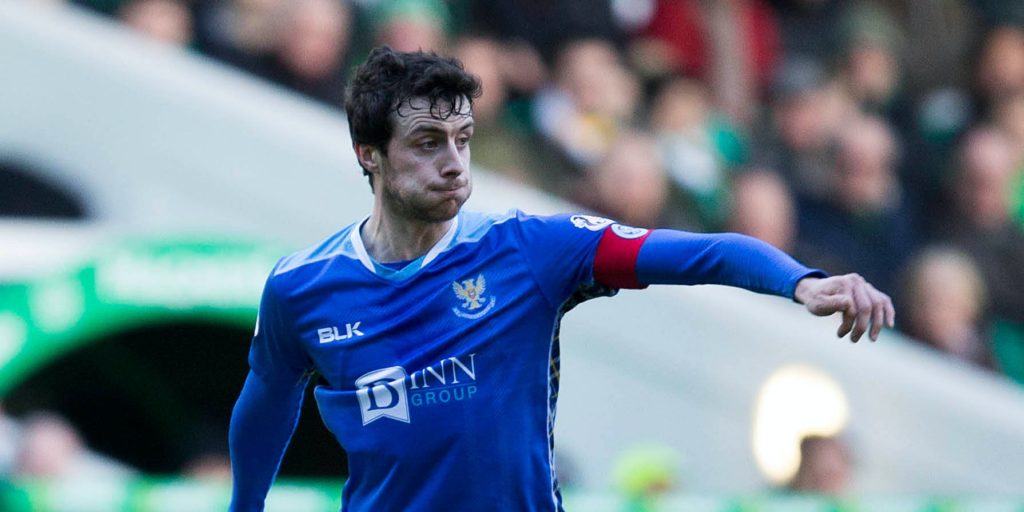 Joe Shaughnessy has revealed St Mirren boss Jim Goodwin “sold the club” to him after signing on a two-year deal.

The Irish defender became Saints’ fourth recruit of the summer after leaving English League One side Southend.

The 28-year-old joined Aberdeen in 2009 and had loan spells at Forfar Athletic and Falkirk.

He moved to St Johnstone in 2015 and stayed for four years before leaving for England last summer.

Shaughnessy, whose deal is subject to international clearance, told stmirren.com: “I’m very happy to get everything over the line.

“The manager really sold the club to me. His ambition came across really well any time I spoke to him and it made me feel like there is something starting here and I want to be a part of it.

“I had four years at St Johnstone which went really well and time at Aberdeen too.

“I feel well suited to the Scottish game and hopefully I can bring what I learned in England to here.”

Goodwin said: “We have been in constant dialogue with Joe since he left Southend United and we are delighted that we have been able to get him signed up.

“He is a fantastic leader and a really good character as well.

“He’s got fantastic experience in the Scottish Premiership already and played a huge part in St Johnstone’s success in recent years.

“All these boys we are bringing in fit a certain profile and Joe ticks every box.”