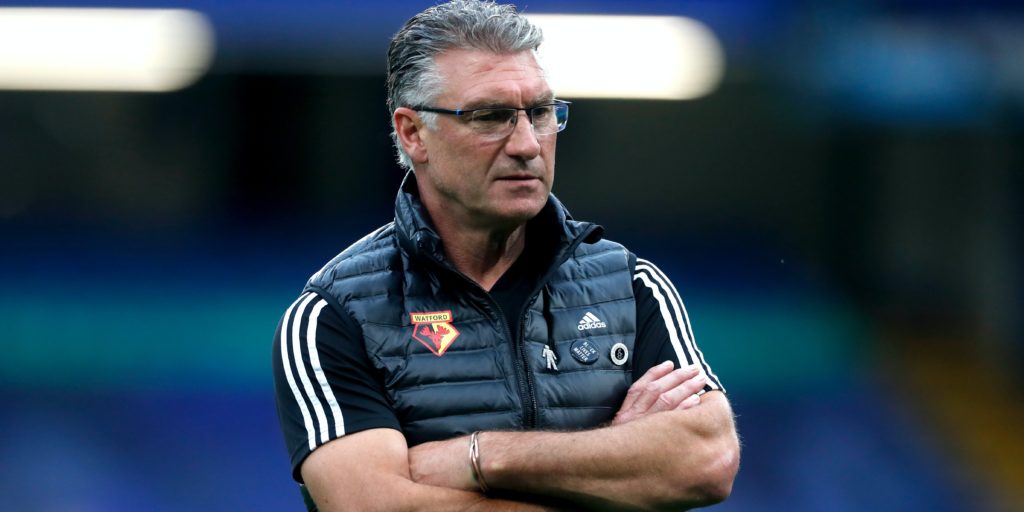 The 56-year-old, sacked by the club on Sunday, was the third permanent boss this season.

Nigel Pearson has expressed his regret at not being able to finish the job he started at Watford.

The Hornets announced on Sunday that Pearson had left the club with immediate effect with two games of the Premier League season remaining and its top-flight status not yet secured.

In a post on his official Twitter account of Monday morning, the 56-year-old said: “I’ve been overwhelmed by the well-wishes I’ve received from Watford supporters and the football community. Thank you all for your kind messages.

“Although not able to finish the task I was brought in to achieve, I wish Watford all the best for their final two games. Cheers, Nige.”

Pearson was appointed head coach in December last year – the club’s third permanent boss of the season after Javier Gracia and Quique Sanchez Flores – with Watford sitting bottom of the table and seven points from safety.

They are currently in 17th place, three points clear of the bottom three, but with Manchester City and Arsenal to play, face an anxious final week of the campaign.

Hayden Mullins has been asked to take up the reins, as he did briefly following Flores’ departure, as the search for a replacement gets under way.