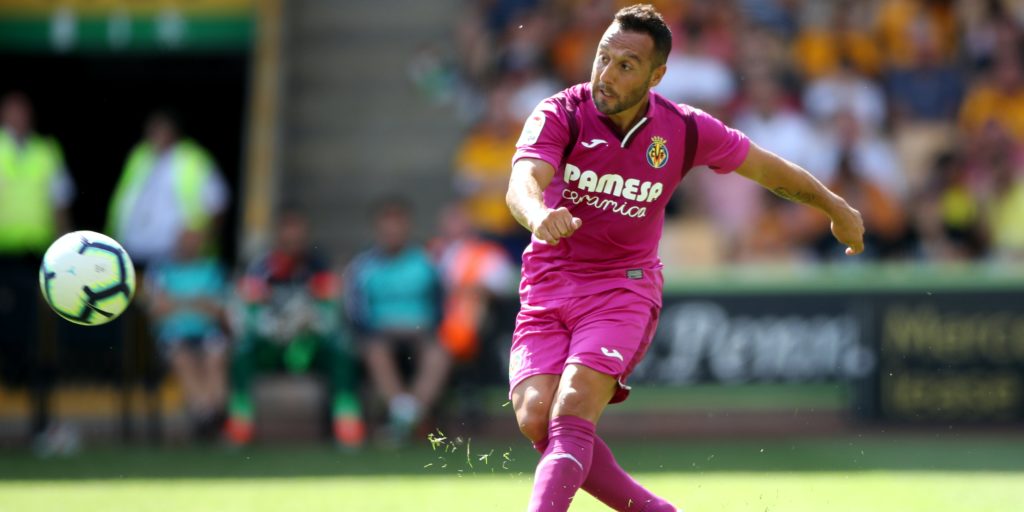 Arsenal coach Mikel Arteta has hinted he would like Cazorla to join his backroom staff in the future.

Spain international Santi Cazorla has joined Al Sadd after leaving Villarreal on Sunday – with Arsenal head coach Mikel Arteta hinting he would like the midfielder to join his backroom staff in the future.

Cazorla, 35, enjoyed a remarkable career revival as he returned to LaLiga following an injury-hit final two years with the Gunners.

He revealed his Achilles issue became so bad he almost had his foot amputated – but, after signing for Villarreal in 2018, he was soon back to his best.

His performances were so eye-catching he earned an international recall last year and was given a fine send-off by his team-mates following his last game for the Yellow Submarine on Sunday.

“We have reached an agreement with Santi Cazorla. He will reach Doha soon to complete the formalities and join the team. Welcome to Al-Sadd, Santi!” they tweeted.

Meanwhile, Arsenal boss Arteta – who played alongside Cazorla in the Gunners’ midfield for four years – praised his former colleague and suggested he could one day look to bring him back to the Emirates Stadium.

Asked if he had held discussions with Cazorla about a coaching role at Arsenal, Arteta replied: “Not yet.

“My opinion of Santi cannot be any higher. Personally, first, with the type of person he is and what he brings to that dressing room, but then also as a player for what he did throughout his career.