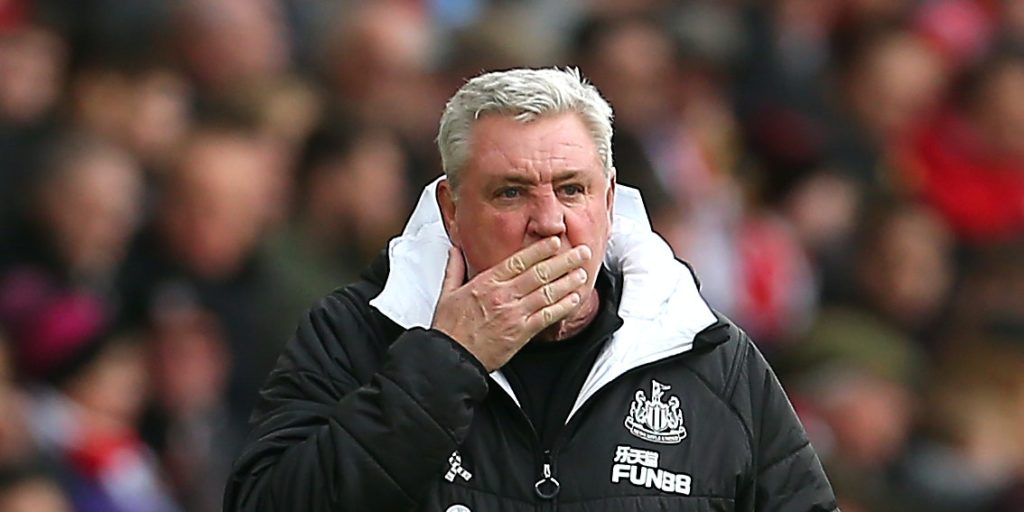 Takeover talk has been rife on Tyneside.

Newcastle head coach Steve Bruce admits they will have to be clever in the summer transfer market as he will be working with a lower-than-expected budget.

But he stressed he will “break down doors” to ensure the club can be competitive.

It had been anticipated a takeover by the Saudi Public Investment Fund, which is still awaiting approval from the Premier League, would lead to a loosening of the purse strings.

But Bruce said on the projections he was working to currently there would be less not more money to spend as a result of the impact of the coronavirus pandemic.

“I would envisage our budget is not going to be as big as what is was in January before all this started,” said the Magpies boss, who hopes to find another transfer success like GBP 16million winger Allan Saint-Maximin.

“We are not alone in this, we have to see where this situation of what we have just been through leaves us.

“There are big discussions to be had but we are still always trying to go and find another player or two, or three, or four.

“I’ll break down the door to make sure we are competitive again when we start up.

“It is a difficult league and just by spending money doesn’t guarantee you anything.

“It makes life a little bit easier but recruitment is key and certainly Allan and Miguel Almiron (a GBP 21m signing from MLS side Atlanta United under previous manager Rafael Benitez) have improved us at crucial times.

“It is vitally important we keep working on that and trying to find a new Allan or a new Almiron.

“That is the key to it, the success of bringing in people who improve you and in that respect we have done OK.”

“The loan signings have helped us enormously,” he added ahead of the trip to Brighton.

“We have to have negotiations with their respective clubs, I don’t think we will have everything sorted by next week.

“We will see what demands they want and assess the situation. There are some important meetings over the next weeks.

“Our job never stops and our game is to keep improving the squad and whether that is the three loan lads, let’s see what the demands of the clubs are.”