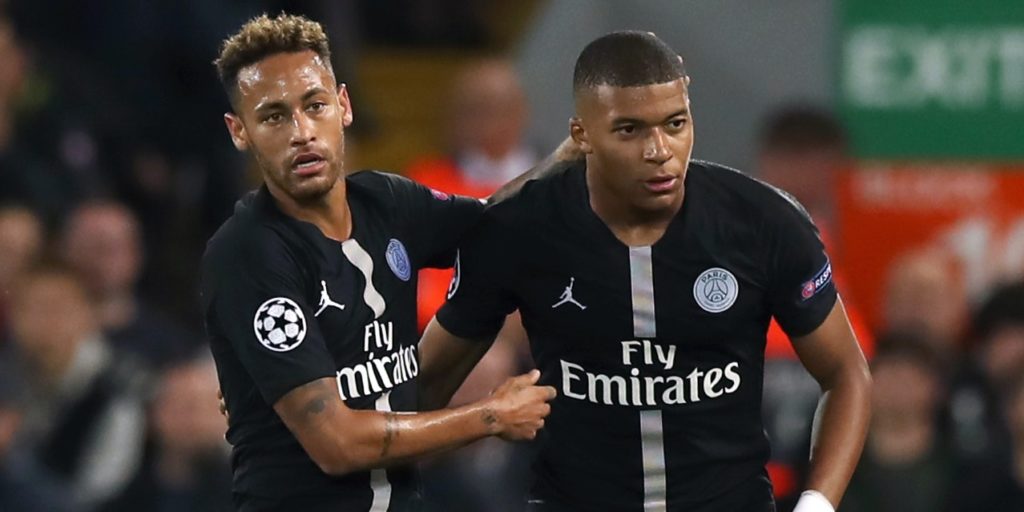 Ander Herrera and Pablo Sarabia rounded off a 4-0 friendly win for the Ligue 1 champions.

Celtic ended their pre-season foray to France with a sobering 4-0 friendly defeat by Paris St Germain at the Parc des Princes.

Striker Kylian Mbappe had the home side ahead in the first minute with a smart finish and in the 25th minute Brazilian superstar Neymar added a second.

PSG made wholesale changes for the second half but if anything increased their control with two of their substitutes, Marco Verratti and Ander Herrera, combining three minutes after the restart for the latter to fire in a third.

Pablo Sarabia added a fourth in the 66th minute with a stunning volley and the French champions ran out easy winners.

Neil Lennon’s side went into the game following a 2-1 defeat to Lyon and a 1-1 draw with Nice in the Veolia Trophy tournament but this was a huge step up from which they can take added fitness and sharpness.

Celtic begin their quest for their 10th successive Premiership title at home to Hamilton on August 2, safe in the knowledge they will not face this level of opponent in Scotland next season.

The Hoops had lost 7-1 at the same venue and 5-0 at Parkhead when the clubs met in the Champions League in 2017.

Ominously, PSG took the lead with less than a minute on the clock when the lightning Mbappe flew through the centre of the Hoops defence to take a Neymar pass and rifle the ball past helpless keeper Scott Bain.

In the 13th minute the Hoops’ French midfielder Olivier Ntcham’s goal-bound shot was deflected over the bar for a corner, which came to nothing but PSG always retained a threat and at the other end striker Mauro Icardi was only inches away from getting on the end of an Mbappe cross.

To end a decent spell of play by the Scottish champions, Neymar took a cutback 14 yards from goal and drove in PSG’s second off the legs of defender Nir Bitton.

In the 34th minute Bain made a good save from Mbappe’s strike after he had been sent through by Neymar.

However, two minutes later Celtic came close to reducing the deficit when their French defender Christopher Jullien headed a Ryan Christie free-kick off the post.

A new look PSG side started the second half almost as quickly as the first – although Bain looked at fault when Herrera slammed in a low drive, the ball bouncing up from the keeper’s gloves and into the roof of the net.

There was little more of note until the 62nd minute, when Herrera smashed a drive from 25 yards past the post, but four minutes later Sarabia made it four with a textbook volley from a Verratti pass.

Celtic kept going and in the 72nd minute, substitute James Forrest, on for Nir Bitton, had a decent drive saved by Sergio Rico and the Scotland winger came close with a drive in the final minute as the visitors tried in vain for a consolation.