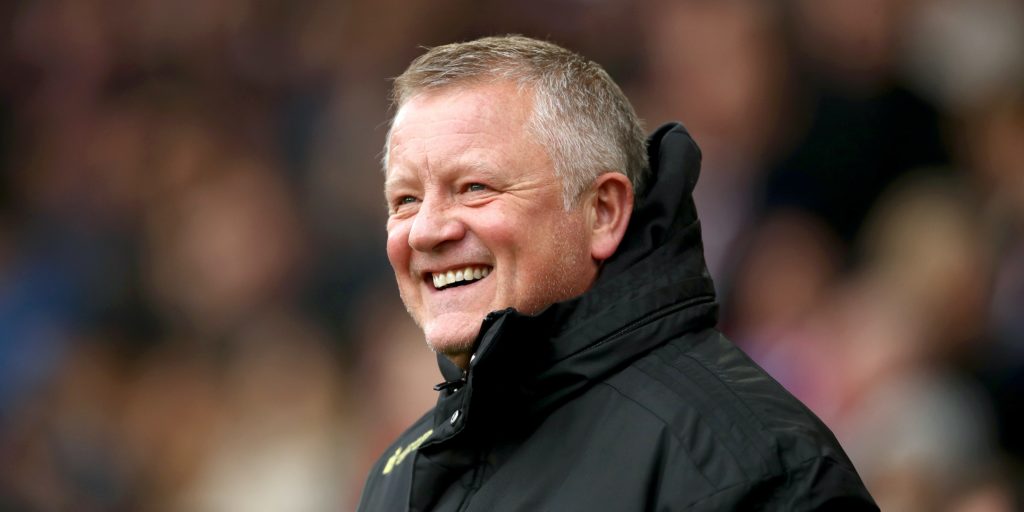 The Blades boss has guided his team to a guaranteed top-10 finish.

Chris Wilder has spoken of the “huge ongoing challenge” he faces in trying to keep Sheffield United competitive in the Premier League.

Many tipped the Blades for an immediate return to the Championship following promotion but the club’s first top-flight campaign for 12 years has been a resounding success, with a top-10 finish guaranteed.

Against the odds, Wilder’s side mounted a bold challenge to bring European football to Bramall Lane for the first time in the club’s history, with that dream only extinguished on Monday night – in the 37th game of the season.

A 1-0 home defeat to Everton coupled with Wolves’ win against Crystal Palace at Molineux meant eighth place is the highest possible finish that can be achieved by the Blades, who travel to Southampton for their final match on Sunday.

Wilder has already started planning for the 2020-21 campaign with the signing of goalkeeper Wes Foderingham following his release by Rangers, and the PA news agency understands he is closing in on a second – Reading midfielder John Swift.

The Blades boss said: “It’s been tough to compete but we’ve managed it through the drive and determination of the players and the expectation levels they have set.

“We shouldn’t be anywhere near where we are. The expectation of 99.9 per cent of people outside of Sheffield thought we would be down the bottom fighting to stay in the division.

“We need better players in the building, we need better competition and we need to improve every aspect of the football club.

“Our journey is there for all to see over the last three years, everyone can see what we’ve achieved. But the football team is ahead of the football club, in a lot of ways, and it’s important the football club catches up the team as much as they possibly can do and I’m sure the owners will try to do that in the best way.”

Meanwhile, Everton boss Carlo Ancelotti thinks his players’ attitude at Bramall Lane on Monday evening in what was effectively a dead rubber for the Toffees bodes well for the future.

Everton are unable to finish in the top half of the Premier League table but won for the first time in five matches courtesy of Richarlison’s header right at the start of the second half.

“It is not easy to find motivation when the season is close to the end (with nothing on the line) but it is an important sign for the future that this team has this quality,” said Ancelotti.

“The players have to know what our supporters expect from us – fighting spirit and concentration. The fact we were able to show this is a positive sign.”

Moise Kean missed out against the Blades after taking a knock in training but Ancelotti hopes the 20-year-old striker could recover in time for the final game of the season against Bournemouth on Sunday.

“He had a twist on his ankle,” said the Italian. “He tried yesterday in his last training before the game, he had pain. We preferred to leave him to have treatment.

“I think it’s a small injury and he’ll be ready for the next game. If he is in good condition and recovers well then he can start.”