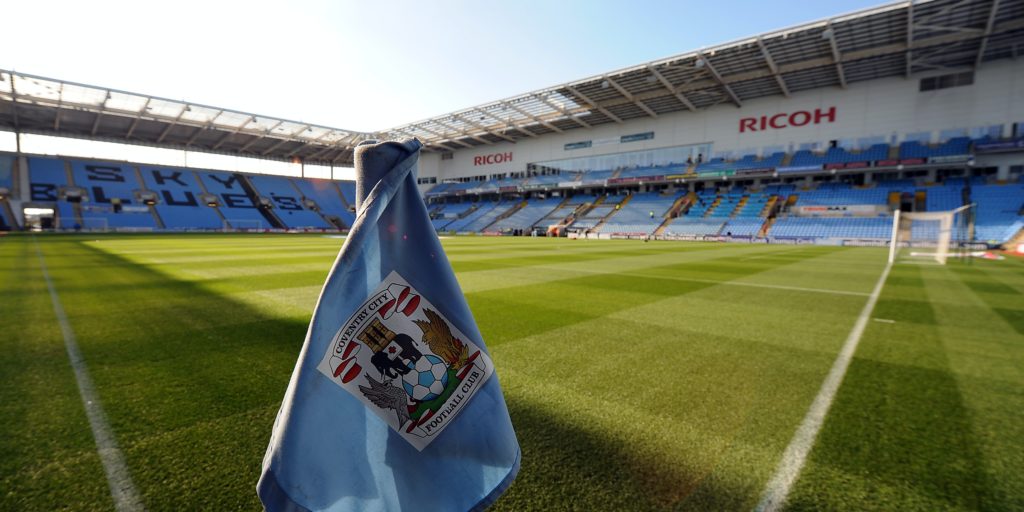 The Sky Blues have played their home matches at Birmingham’s St Andrew’s Stadium this season.

Coventry have announced plans that could see the club build a new stadium at the University of Warwick.

Agricultural land owned by the university has been earmarked for the development on its main campus at the southwest edge of the city. The planning authority would therefore be Warwick District Council, rather than Coventry.

It is hoped much of the funding would come from “enabling development” such as retail or student accommodation, with a joint statement insisting “the club will own and be entirely responsible for the cost of the stadium and its operation; equally, the club will receive all stadium revenues it generates”.

The city council has been in dispute with Coventry’s owners Sisu since 2012. In 2014, the council decided to sell a 250-year leasehold of the Ricoh Arena to the then-London Wasps Rugby Football Club.

Coventry have been temporarily playing at Birmingham’s St Andrew’s Stadium amid the dispute.

A statement said: “Coventry City Football Club and the University of Warwick are delighted to announce that they have commenced planning for a partnership, which would see the university provide land to the club for the development of a new stadium, thereby creating a new home for the football club with easy access for fans living in the city of Coventry.

“Whilst an exact site has yet to be agreed, its proximity would be on the agricultural field area of the university on Warwickshire land on its main campus at the southwest edge of Coventry.

“The club and the university wanted to make people aware of this exciting new development as soon as possible and hope that, in doing so, it will pave the way to many discussions needed with a range of partners to progress this project.

“The club and the university do not expect to issue any further joint statements on this initiative until there is significant news that we can share.”