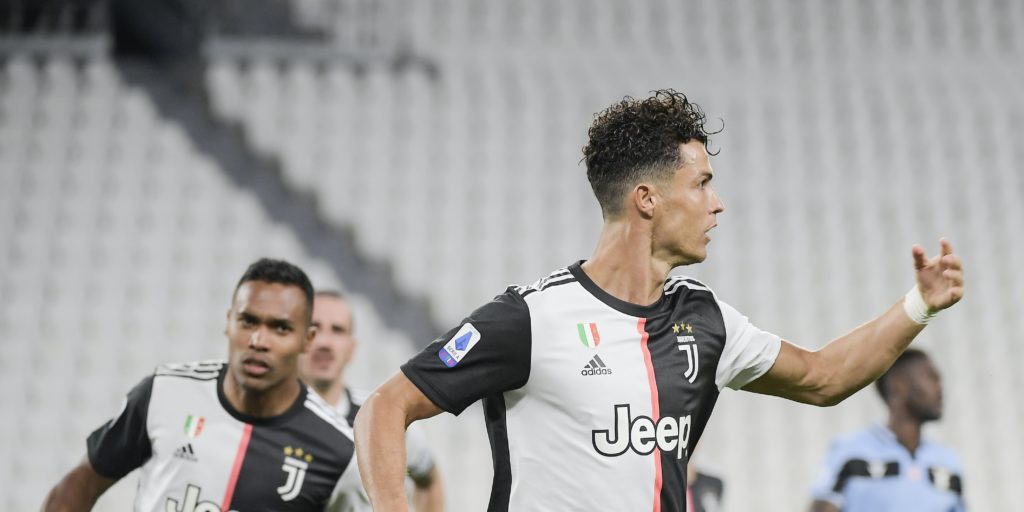 Ronaldo and Ciro Immobile have both hit 30 goals this season.

Cristiano Ronaldo struck a quickfire double as Juventus beat Lazio 2-1 at the Allianz Stadium to go eight points clear at the top of Serie A.

After a first half in which Juve’s Alex Sandro hit the post early on and Ciro Immobile then did so at the other end, Ronaldo put the hosts ahead with a 51st-minute penalty.

The spot-kick was awarded when Ronaldo shot was handled by Bastos, with referee Daniele Orsato having consulted with VAR and checked the pitchside monitor.

Three minutes later Ronaldo then slotted in again, having been teed up by Paolo Dybala, for his 30th Serie A goal of the season.

And the 35-year-old Portuguese almost completed a hat-trick in the 66th minute when he headed against the bar.

Lazio subsequently reduced the deficit through a spot-kick of their own with seven minutes of normal time remaining, Immobile converting from 12 yards to go level with Ronaldo on 30 goals after being fouled by Leonardo Bonucci, but the visitors were unable to salvage anything from the contest.

What was a first victory in four games for Juve leaves them eight points clear of second-placed Inter Milan with four fixtures to go as they close in on a ninth successive title.

Lazio, whose own winless run extended to a fifth match, are 11 points behind behind the defending champions in fourth place.