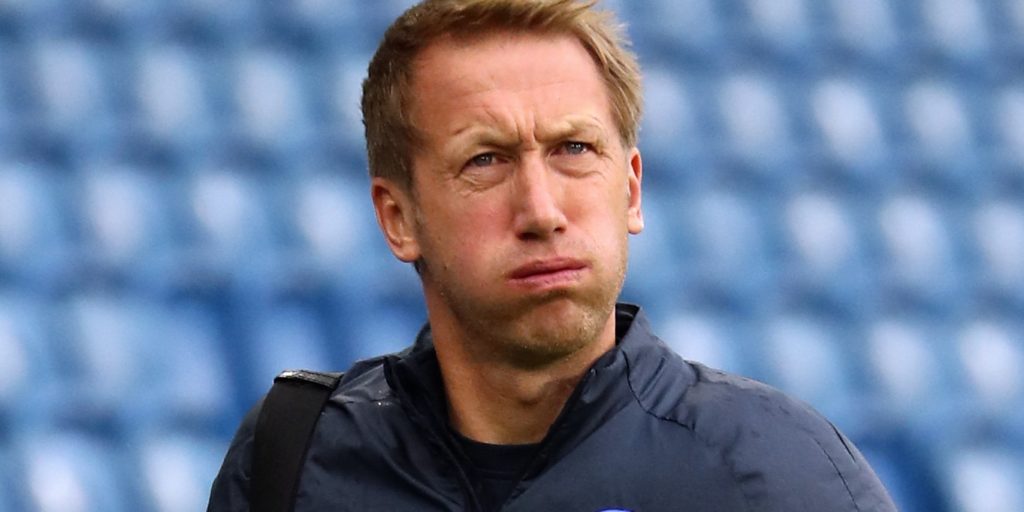 Albion guaranteed survival by grinding out a goalless draw with Newcastle.

Graham Potter admits the pressure of keeping Brighton in the Premier League weighed heavily on his mind during lockdown and praised a collective effort for pushing the club to safety.

Albion secured survival in their penultimate match of an unprecedented season by grinding out a goalless draw with Newcastle on Monday evening.

“You spend lockdown two points above the relegation zone, you can feel the pressure, the responsibility, the implications of coming out of the Premier League,” said Potter.

“It was a really psychologically challenging period.

“But the way that everybody has pulled together and worked has been really, really encouraging.

“I’m really proud of the players, of course, and thankful to Tony (Bloom, chairman), Paul (Barber, chief executive) and Dan (Ashworth, technical director) for all the support they’ve given me.

“It has been a real team effort and we’re delighted to get over the line.

“We’ve had literally the longest season ever. We’ll use this season as a massive learning curve and we’ll try to improve in the toughest league in the world.”

Post-lockdown victories over Arsenal and relegated Norwich pushed Brighton to the brink of safety more than a fortnight ago but Potter had been reluctant to prematurely hail the achievement.

Albion complete a prolonged season in which they have adapted to a new style of play at in-form Burnley on Sunday.

Victory at Turf Moor would move the Seagulls on to 41 points, a club-record tally in the Premier League, surpassing the 40 points accrued under Hughton two years ago.

Asked about the possibility of creating a small piece of history, Potter referenced the fickle nature of football management.

“I read an article before lockdown, I think it was somebody saying I should be getting my P45 – so that’s football for you,” said the 45-year-old.

He added: “When you come into a team that had 36 points (last season) and you know you need to maybe make some changes, it’s going to be really, really tough.

“As I have said before, it feels like you’re fixing the plane when it’s up in the air sometimes.

“And I think people disrespect the Premier League also because they think we should outright win games and it should be quite easy.

“It’s so, so difficult because the opposition have got such quality. I knew it was going to be hard.

“When you add it all up I am just so proud of what we have done and it’s a good start for us.”

Newcastle, who end the campaign at home to champions Liverpool, have gone five games without victory.

“I still think we need four or five players to add to the squad of players we’ve got. We’ll go to work on that,” said Bruce.

“It’s quite possible that a centre-forward could be on the list.”