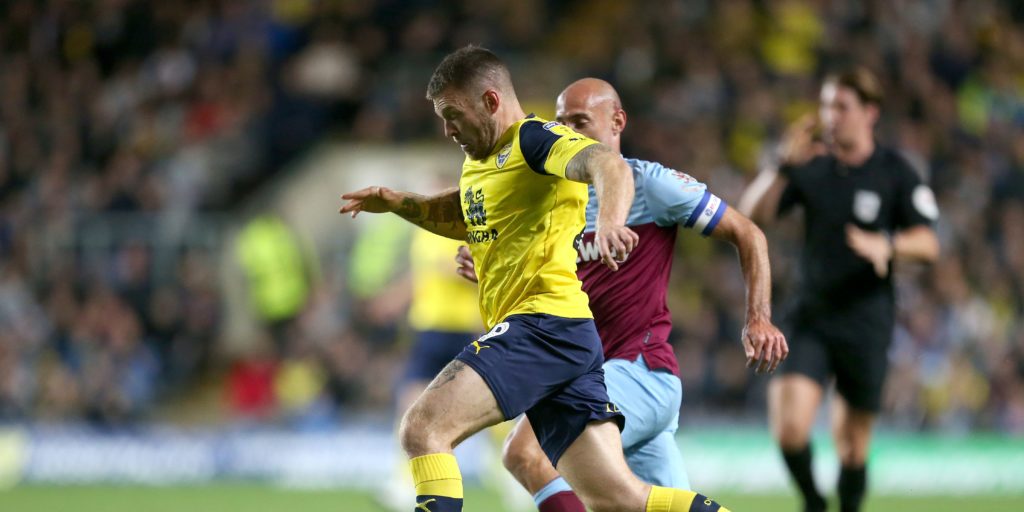 The 34-year-old was most recently on the books of Oxford, having played for the likes of QPR, Reading and Nottingham Forest.

The 34-year-old was most recently on the books of Oxford, and was an unused substitute in the Sky Bet League One play-off final defeat to Wycombe last week.

Mackie made over 500 professional appearances for the likes of Wimbledon, MK Dons, Exeter, Plymouth, QPR, Nottingham Forest, Reading and Oxford over the past 17 years.

He joined the U’s in 2018 and made 91 appearances for the club, with his farewell coming in the play-off semi-final at home to Portsmouth.

Mackie – who made nine appearances for Scotland, scoring two goals – told Oxford’s website: “It was extremely tough because I have loved every moment of being a footballer and it’s all I’ve ever wanted to do.

“Those play-off games were so emotional, especially because I had known all the way through that they would be my last games.

“I wanted to end on a high but that wasn’t to be and so the last week or so has been all about talking it through with my family and making sure it wasn’t just a reaction to the disappointment of losing at Wembley.

“It’s not that. It’s about knowing when the time is right to hang the boots up.

“It’s time for a new challenge. If that’s in football in some way then great, but if not then I can walk away knowing that I have given it everything I had to give in every training session and in every game I played.”