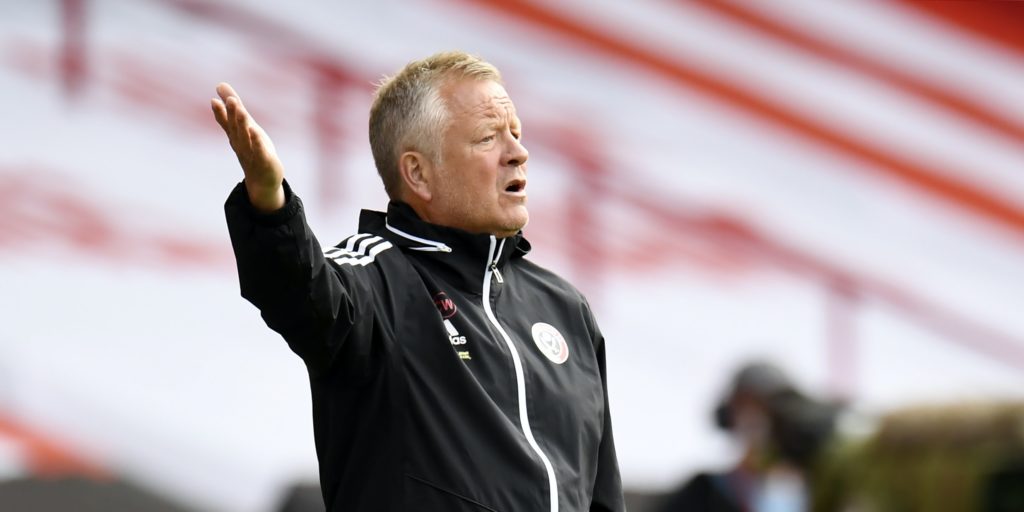 The Blades are guaranteed to finish in the top 10 in their first season back in the Premier League.

Chris Wilder insists Sheffield United can be proud of their achievements this season.

The Blades have been a revelation during their first Premier League campaign for 13 years. The club’s dream of European football looks to be over but Wilder’s side are guaranteed to finish in the top 10, regardless of the results in the remaining games of this final week of the season.

United concluded their home programme with a 1-0 defeat to Everton on Monday evening and, while Wilder was clearly disappointed to lose the game, he remained upbeat about the bigger picture.

“There were a lot of tired bodies and tired minds out there. We wanted to get a result but we just lacked that bit of quality that we needed in the end,” Wilder said.

“We got into decent positions, especially in the second half, and tried getting back in the game. We are disappointed with the goal, the manner of it. After a cheap foul to give away, we should have done better with the ball in.

“On reflection we have lost a game of football we felt we deserved something from and there’s nothing really in the game. And then you talk about the overall situation we found ourselves in, cemented in the top 10 in our first season back.

“We shouldn’t even be talking about a bridge too far at all. For us to be in this position in the 37th game of the season is a great achievement.”

He continued: “I’m sure people will understand that I can’t be too critical of my players and what they have given to me.

“From my point of view, and I should imagine the thousands of Sheffield United fans’ point of view, regardless of the result, if they had been here in the ground tonight I’m sure they would have shown the players the appreciation they deserve – players who have given absolutely everything.

“We have been one of the better promoted sides for a while and we aren’t one of those yo-yo clubs who have come back up with parachute payments, or one of the bigger promoted clubs. We can be proud of our achievements this year.”

After former Blade Dominic Calvert-Lewin had gone close with a header that struck a post at the end of the first half, his strike partner Richarlison opened the scoring for Everton with less than 60 seconds on the clock in the second half.

Gylfi Sigurdsson swung in a flat cross from a free-kick on the right and Richarlison got in front of his man 12 yards out and glanced his header beyond the diving Dean Henderson.

While the Brazilian was the match-winner, it was an 18-year-old defender at the opposite end of the pitch who caught Carlo Ancelotti’s eye on his Premier League debut.

Signed form League Two club Carlisle in January, Jarrad Branthwaite produced an assured, confident performance on his first start, having appeared as a substitute in the previous two matches against Wolves and Aston Villa.

“He was always there, focused and calm,” Everton boss Ancelotti said. “He has a really good character as well as quality and he was able to show it tonight.

“When you talk about young players you have to pay attention and I know his character and he is humble and it is a pleasure for us to have this type of young player. I have to say our scouts did a wonderful job of finding him in the lower leagues.”