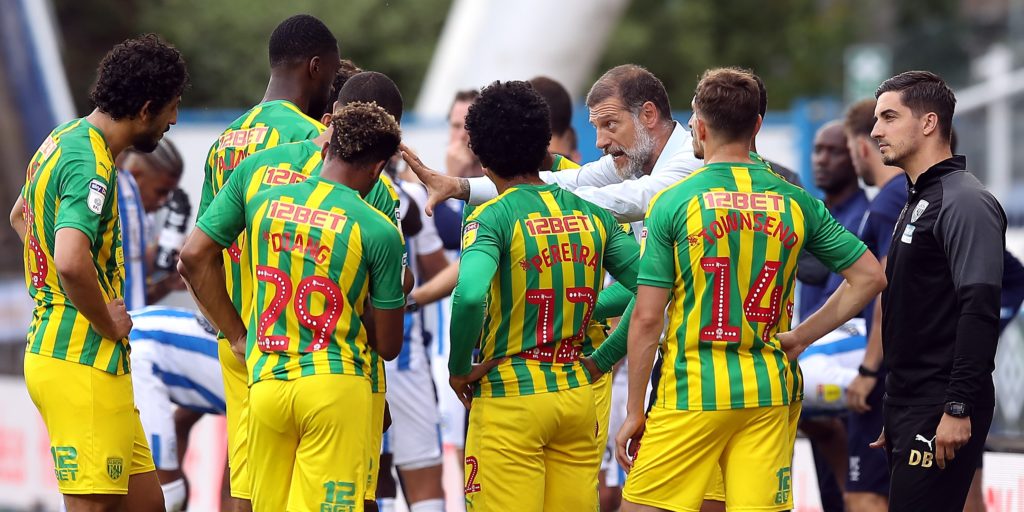 As the Baggies aim for a Premier League return, at least seven teams remain in relegation danger.

The Championship comes to a climax on Wednesday as the 46-game marathon, which started 355 days ago, is finally concluded.

With plenty to be resolved on what looks like being a dramatic evening in store, the PA news agency takes a look at some of the main talking points.

Leeds have the luxury of having automatic promotion and the title wrapped up and in the bag, but there is a three-way race to join them in the Premier League. Jittery West Brom are still in pole position, despite winning none of their last three games, and will return to the top tier if they beat QPR.

Brentford might well be left with a feeling of “what if”, as they spurned the chance to move up into second going into the final round of fixtures. They will go up to the Premier League for the first time in their history if they better West Brom’s result when Barnsley visit in the final ever competitive game at Griffin Park.

Fulham are the other team who have their sights on the last automatic spot, but they have to win at Wigan, hope West Brom lose and Brentford do not win to seal an instant return to the Premier League.

Two of West Brom, Brentford and Fulham will be in the play-offs, but it is not yet certain who will be joining them as two spots are still open. Nottingham Forest and Cardiff currently occupy fifth and sixth respectively but are not mathematically certain.

Only Swansea can catch them, but they are three points adrift. For Forest to miss out they would have to lose to Stoke and there be a five-goal swing with the Swans, who visit Reading.

It looks much more likely that it will come down to a battle between the two Welsh sides for sixth. Cardiff have it in their hands and will fancy their chances, knowing they only have to take a point off bottom club Hull to book their spot. But if Neil Harris’ men slip up and Swansea win, then it will be the Swans that are in the play-offs.

Calculators at the ready

The real drama is likely to happen at the bottom of the table, with at least seven teams still in relegation danger. The truth is, though, due to two EFL disciplinary procedures, exactly who goes down is likely to be decided well after the season is concluded.

Wigan’s impending 12-point penalty for entering administration, a punishment they are appealing, is at the crux of the issue. Although they are currently on 58 points, that in reality is 46 points as their deduction is pending. That means they have to beat Fulham at the DW Stadium to be sure they avoid relegation, though a point could be enough if results elsewhere go their way.

The full range of permutations require a calculator, but Hull, Barnsley, Luton, Charlton, Birmingham, Middlesbrough and – mathematically at least – Huddersfield are all in danger of going down. Hull and Barnsley are the most vulnerable and have to win regardless of what happens elsewhere.

Another issue which is giving hope to clubs is Sheffield Wednesday’s charge of breaking Financial Fair Play rules. A decision is long overdue and a possible points deduction, with the Owls six points off the relegation zone, would throw things wide open. Whatever happens, there are likely to be appeals and possible legal challenges.