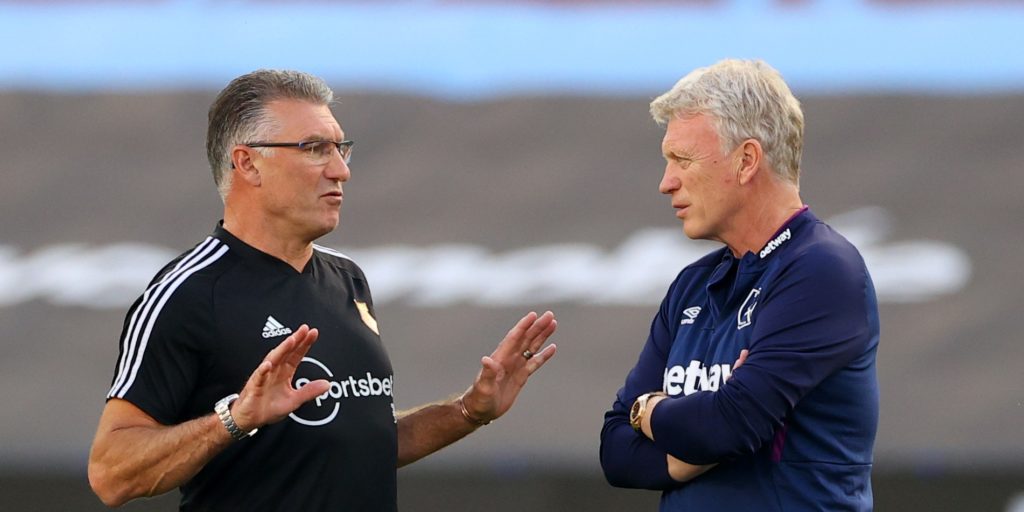 Pearson left Vicarage Road two days after his side’s defeat against the Hammers.

David Moyes says Nigel Pearson should have been a contender for manager of the year rather than being axed by Watford.

The Hornets, three points above the relegation zone, showed Pearson the door on Sunday with just two matches remaining, less than 48 hours after Friday’s 3-1 defeat at West Ham.

The decision was met with widespread shock as Watford were bottom of the table, seven points adrift of safety, when Pearson took over in December.

Hammers boss Moyes said: “I was amazed that Watford have done what they’ve done.

“If Watford had stayed up – and I think they’ve still got a great chance of staying up – he could easily have been recommended for manager of the year, with the position they were in when he took over.

“So I don’t know what else they expected. He took over in a real difficult position and to get them to a position of safety, I find that really tough on him.”

West Ham’s win over the Hornets all but secured their survival ahead of Wednesday evening’s trip to Manchester United.

It is more than six years since Moyes was sacked by United after only 10 months in charge, and only now do they seem to have found some form under Ole Gunnar Solskjaer.

Moyes added: “I think the difference between Ole and me is that Ole has been given time, but I have to say he is doing a good job, bringing lots of academy players through which is something they have always stood for.

“They have always had great values over the years and one of the biggest one was to promote their young players and they have got some very exciting ones there now.

“It’s a wonderful club, a brilliant place to be, the biggest club in the world for me, for what it stands for, and I look forward to going back.

“It’s not an easy place to go, I don’t think anyone expects it to be but we will go up there and hopefully give it a right good go.”