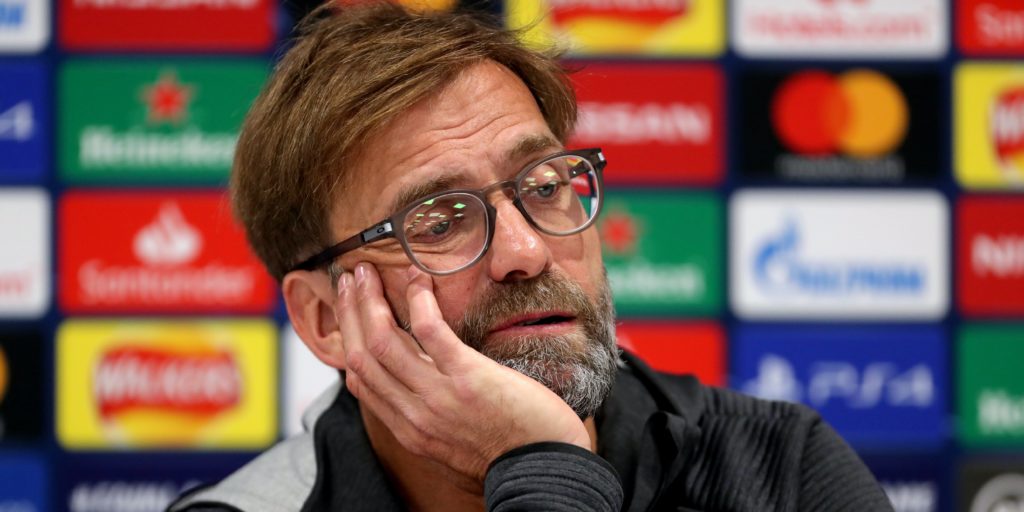 The Reds went from second to champions despite making few moves in the transfer market.

Liverpool manager Jurgen Klopp pointed to this season’s title triumph as an example of not needing to spend to succeed.

Having finished a point behind champions Manchester City last year, the Reds ended a 30-year wait for a top-flight title this summer by running away with the league.

They did so having brought in only youngsters Sepp Van Den Berg for GBP 1.3million and Harvey Elliott – whose fee is to be decided by a tribunal – and back-up goalkeeper Adrian on a free before the season began, before spending GBP 7.25m on Takumi Minamino in January.

Klopp has already seen Wednesday night’s opponents Chelsea spend close to GBP 50m on one of his long-time targets Timo Werner, from RB Leipzig, and GBP 33m on Ajax winger Hakim Ziyech and are reportedly pursuing Bayer Leverjusen’s GBP 80m-rated Kai Havertz as they seek to close the gap.

But Klopp said splashing the cash was not always the answer.

“Imagine last year when we had 97 points, all of you (the media) what would have been your recommendation to me?” he said.

“Who should we bring in to have a chance to close the one-point gap to City?

“But we didn’t and you saw what happened. We cannot buy just because other teams buy, we cannot buy because everybody wants us to.

“We try to make right decisions constantly, and then Covid came and changed the situation again and not for the better.

“Other teams, if they invest then maybe they know more about the future. The main difference between us and other teams this year has been consistency.

“You saw how tight the game was when we won away at Chelsea 2-1 (in September) but there is not a 30-point gap on the pitch when we play each other.

“But my boys were resilient like mad, they put absolutely everything into the game and that was the difference.

Liverpool have spent big on key players – like Virgil Van Dijk and Alisson Becker – but have also been smart in the market.

A prime example is left-back Andy Robertson, who signed from relegated Hull for GBP 8m exactly three years ago.

“I’m not sure we would have paid GBP 30 million (at) that time but it would have been worth it,” added the Reds boss, pumping both arms above his head when told of the Scotland captain’s anniversary.

“It was not about the money that we took him – your price can be GBP 8m but if you are not good enough then GBP 8m is pretty expensive. It’s a lot of money for somebody who is not good enough.”

Liverpool’s form since they were crowned champions last month has been patchy with just two wins and that has led to some scrutiny.

“The only thing I really experienced in this department was when Pep Guardiola was at Bayern Munich and we came second frequently with Dortmund and they had exactly the same problem,” said Klopp.

“They dominated the league and then from a specific point of being champion they lost some games, which didn’t happen before and they struggled then.”

Wednesday’s final home match will see them finally presented with the Premier League trophy and Klopp admits it has been a distraction.

“It is not the easiest game I ever prepared with a team because there are two things tomorrow night,” he said.

“There is a very important football game, it is not as if we are there waiting for the party to start.

“But I cannot, and don’t want to, ignore that after that game there will be a trophy lift.

“From a professional basis it is 100 per cent one of the greatest days of my life to get our hands on this trophy.”