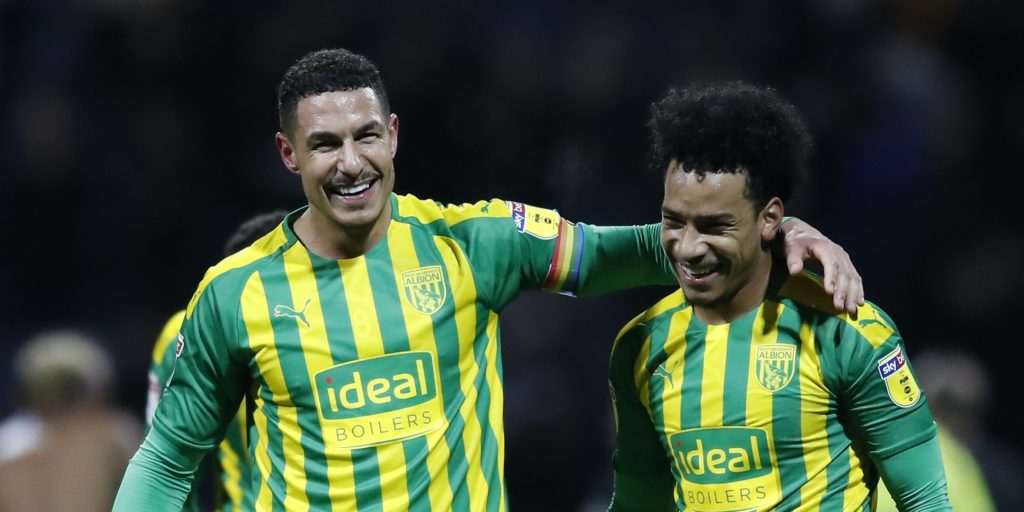 The Baggies clinched their top-flight return on the final day of the season.

West Brom have returned to the Premier League after a 2-2 draw against QPR.

Here, the PA news agency looks at the key players who have helped the Baggies end their two-year top-flight exile.

The forward has the ability to turn it on and, at GBP 9million, could be a bargain for the Premier League.

Initially joining on loan from Sporting Lisbon he has been the Baggies’ chief provider and has really shone since December.

Albion’s player of the season has scored eight goals, including a vital brace against Sheffield Wednesday after a sticky start following a return from lockdown.

The Wales international has scored 10 goals this term – the best return of his career.

He has only made 24 starts but has proved a useful outlet for Albion, even if he has failed to score since February.

A run of six goals in nine games helped the Baggies to crucial wins over Middlesbrough, Stoke, Sheffield Wednesday, Bristol City and Swansea.

Livermore has battled back from having to apologise for his part in an incident in Barcelona in 2018, after a taxi was stolen while the team was on a night out, and has been integral to the Baggies.

Albion’s skipper was on Gareth Southgate’s standby list for the 2018 World Cup and if he continues his form next season he could earn an international recall.

The former Tottenham and Hull midfielder has missed just one league game for the Baggies.

The goalkeeper has not missed a minute of Albion’s league campaign and has given them a solid base.

He has kept 14 clean sheets, conceding 45 times, and has been one of Slaven Bilic’s men to rely on.

He is closing in on 100 appearances for the Baggies after joining from Manchester United just two years ago.

The midfielder goes under the radar but is the man who keeps the Baggies ticking.

Cool and collected on the ball he has sat deep which explains his lack of goals.

Promotion completes Sawyers’ redemption at West Brom after they initially released him in 2013.