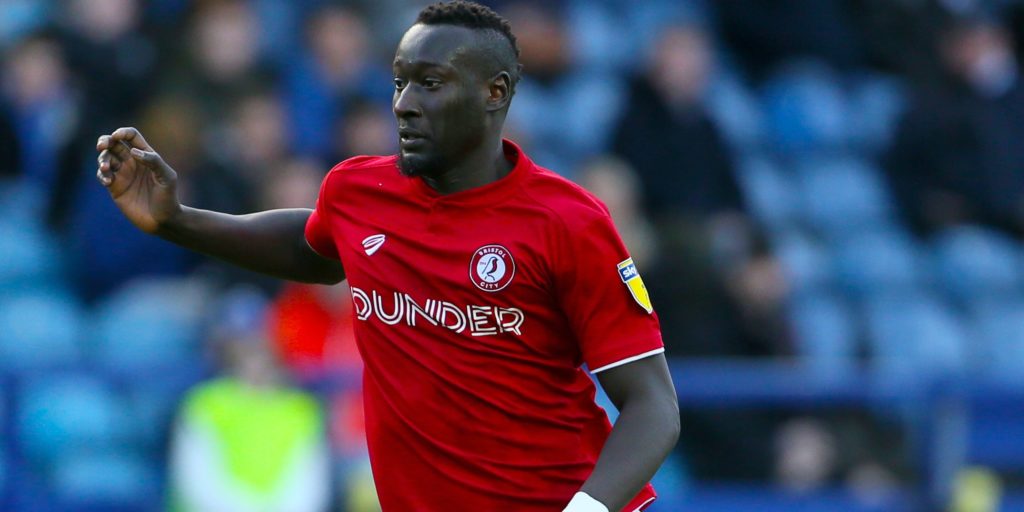 But City were level two minutes after the break, Diedhiou presented with a simple tap-in after Zak Vyner’s precise through ball had allowed Andreas Weimann to cross from the bye-line.

Both teams had chances to win it after that, but had to settle for a point each at the end of a campaign that had promised much, yet ultimately ended in disappointment.

Despite it being the only match in the final round of Championship games with nothing at stake, neither manager was tempted into experimenting with his line-up.

The home side made a bright start and Preston goalkeeper Declan Rudd had to make fine fingertip save to tip over Jamie Paterson’s third minute free kick.

But North End were soon on the attack themselves, Brad Potts having a long-range effort saved and Jordan Storey heading wide when he might have done better.

There was a let-off for City five minutes after Maguire’s goal when Paul Gallagher unleashed a fierce drive from 25 yards and saw the ball thump against Bentley’s crossbar.

Preston were the better side for most of the first half and it took a magnificent Bentley save, one-handed diving low to his left, to stop Maguire grabbing his second just before the break.

But City were galvanised by their early second half goal and Nahki Wells wasted two good chances to put them in front, firing tamely at Rudd and then high and wide from good positions.

Bentley was brought into action again, palming over a Gallagher shot from 20 yards. Then Maguire delayed his shot too long after a mazy run and saw his effort blocked.

City’s goalkeeper did well once more to keep out a low drive from substitute Tom Barkhuizen on 71 minutes.

At the other end substitute Benik Afobe saw a close range effort blocked at the near post before North End threatened again through Potts’ shot from distance which was a fraction too high.

Barkhuizen fired badly over in stoppage time and Rudd made a fine save from Afobe to ensure the spoils were shared.