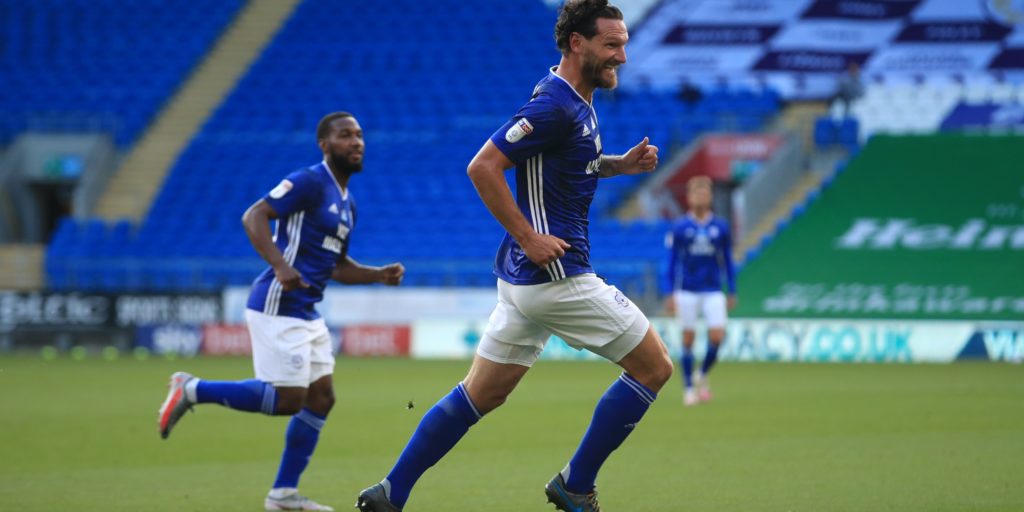 The Bluebirds were 14th in November when Neil Harris succeeded Neil Warnock as manager.

Cardiff booked their place in the Sky Bet Championship play-offs with a comfortable 3-0 victory over Hull – a result that sent the Tigers tumbling into League One.

Junior Hoilett, Sean Morrison and Danny Ward eased the Bluebirds into a play-off position that seemed barely credible when Neil Warnock was sacked in November.

The Bluebirds were 14th in the Championship when Neil Harris took over, but an instant improvement under the former Millwall boss and six wins in nine games since the season was restarted last month took them into fifth position.

Hull, however, have been heading in the other direction at an alarming rate. Five straight losses – including an embarrassing 8-0 capitulation at Wigan last week – and 15 defeats in 20 games had preceded a final day trip to south Wales and left them anchored to the foot of the division.

The January departures of Jarrod Bowen and Kamil Grosicki will loom large in Hull’s sorry season as Grant McCann’s team went into freefall.

Hull recalled George Long after the goalkeeper had let in eight at Wigan. Long was omitted for the weekend defeat to Luton but returned as Matt Ingram dropped to the bench.

Cardiff were keen to test Long out and a shoot-on-sight policy saw Robert Glatzel force an excellent save inside 40 seconds.

Glatzel might have had a first half hat-trick but the German was out of luck and the hosts had to look elsewhere for their opener.

Nathaniel Mendez-Laing volleyed wide before Joe Bennett freed Hoilett down the left and the wideman drove across Long and inside the far post for his seventh goal of the season.

Hull had shown plenty of attacking intent considering their sorry situation and should have had a penalty on the half-hour mark.

Bennett brought down Malik Wilks but referee James Linington turned down what appeared to be a stonewall spot-kick.

Hull’s disbelief turned to despair after 34 minutes when Morrison was left unchallenged from a Joe Ralls corner to head home his second goal in as many games.

Mendez-Laing almost added a third but Hull did not go quietly after the break.

Morrison produced a superb block to deny James Scott and Alex Smithies had to push Wilks’ follow-up effort around a post.

Bennett’s free-kick on the edge of the box was deflected into the path of Danny Ward, who drove home low inside Long’s near post.

Cardiff will now place fourth-placed Fulham in the play-offs, with the first leg being staged in the Welsh capital on Monday.