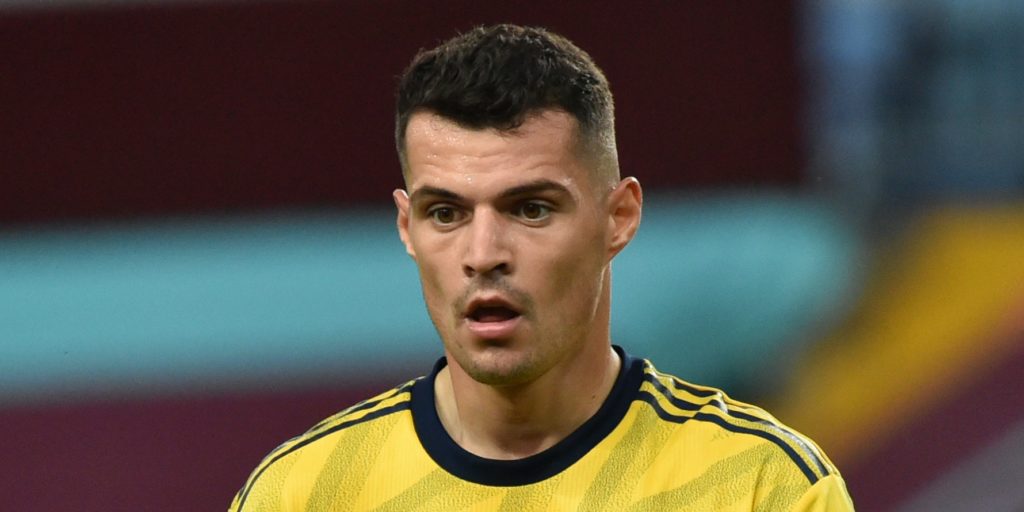 The Gunners will finish outside of the top six for the first time since 1995.

The result left Mikel Arteta’s side needing to win the FA Cup against Chelsea next month to qualify for the Europa League.

Arsenal will finish outside the top six for the first time in 25 years and Xhaka knows they failed at Villa Park.

“In my opinion you can’t come here and play like this. It’s not good enough and you can’t play with this mentality,” he told the club’s website.

“It was not enough to take something from (the game) and we knew if we won and then won the last game as well we could have got into the Europa League.

“I think it was Aston Villa, their fight, they put everything out in each half and in my opinion they deserved the three points.”

Trezeguet’s winner lifted Villa out of the relegation zone ahead of Sunday’s final-day trip to West Ham.

They are above Watford, who play Arsenal, on goal difference with Bournemouth also clinging on to slim hopes of survival.

Villa have claimed seven points from their last three games and boss Dean Smith urged his side to maintain their momentum.

“Our biggest win was probably Everton (on August 23), our first win in the Premier League. But this is the biggest win now because we needed it,” he said.

“We’ve got to go and do the same sort of performance against West Ham on Sunday. It’s a huge boost, that’s for sure.

“We needed to get that win to catch Watford up, and now we have, we’ve got the season in our own hands. That’s all you can ask for.

“We’ve been much better over the nine games (since lockdown), defensively.

“The players were really engaged in the video coaching sessions we did, and they came back wanting to be a better team defensively.”