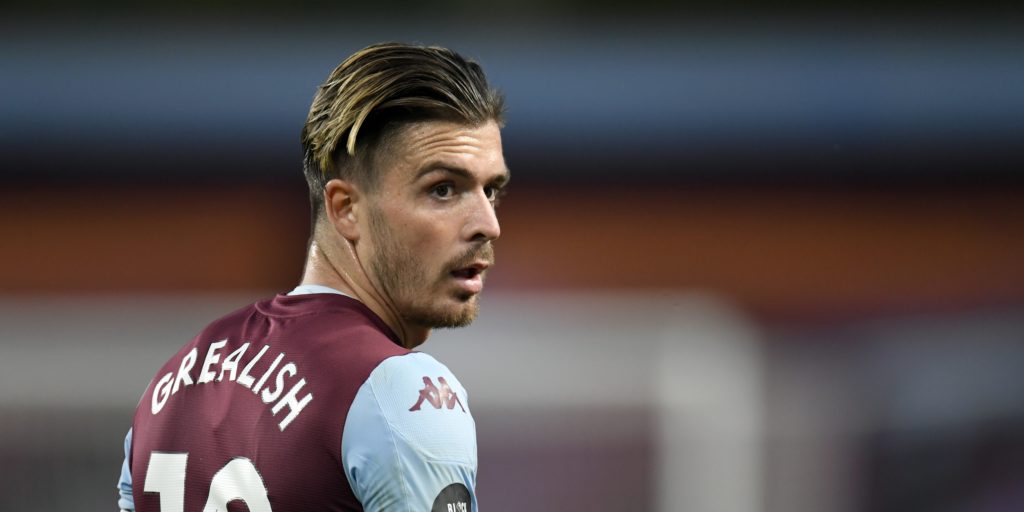 Villa are in the box seat to stay in the Premier League.

Captain Jack Grealish vowed he is focused on Aston Villa’s survival fight and refused to be drawn on his future.

The hosts are out of the Premier League relegation zone for the first time since February after Trezeguet gave them a vital 1-0 win over Arsenal on Tuesday.

They go to West Ham for the Premier League’s final round on Sunday with drop rivals Watford travelling to Arsenal and Bournemouth going to Everton.

Grealish has been strongly linked with a move to Manchester United this summer but insisted he had not considered if Tuesday was his last game at Villa Park.

He told Sky Sports: “I’m not sure to be honest at the moment. I have one aim and that’s to keep the club in the Premier League. That’s all I’m thinking about at the moment and it’s all I can think of.

“It (the win) feels unbelievable. I thought it was deserved – we were outstanding.

“I reckon we could have got another goal but we’ll take a 1-0 win all day against a great team like Arsenal.

“It has been a tense day but all we can do is focus on ourselves. It’s in our hands now and it’s up to us what we do on the last day. We have a massive game on Sunday at West Ham.

“It would mean everything to keep Villa up.”

Trezeguet, who scored a brace in the win over Crystal Palace, settled the game when he fired in low after Conor Hourihane’s corner whistled through the box with Villa now out of the drop zone on goal difference.

Eddie Nketiah hit the post but the Gunners will need to win the FA Cup against Chelsea next month to return to Europe.

A plane flew a banner across Villa Park reading ‘Back Mikel Kroenke Out’ as fans showed their opposition to own Stan Kroenke and Arsenal will finish outside the top six for the first time since 1995.

Boss Mikel Arteta said: “The Kroenkes and the board and the sporting director, I have their full backing. I have that 100 per cent – the fans have to believe what I’m saying.

“We are putting a strong plan together to do as much as we can in a short period and the league table doesn’t lie. When you have the margin of points with the top teams it’s for a reason.

“We need to improve in many areas, the team and individually. The top teams in certain areas are better than us.

“It has to hurt and we have to suffer, it’s not good enough for this club. We know the challenge, it’s really big and we’re excited of what we have ahead of us.

“There are going to be some up and downs but sometimes it’s good to see the reality and move on and improve.”