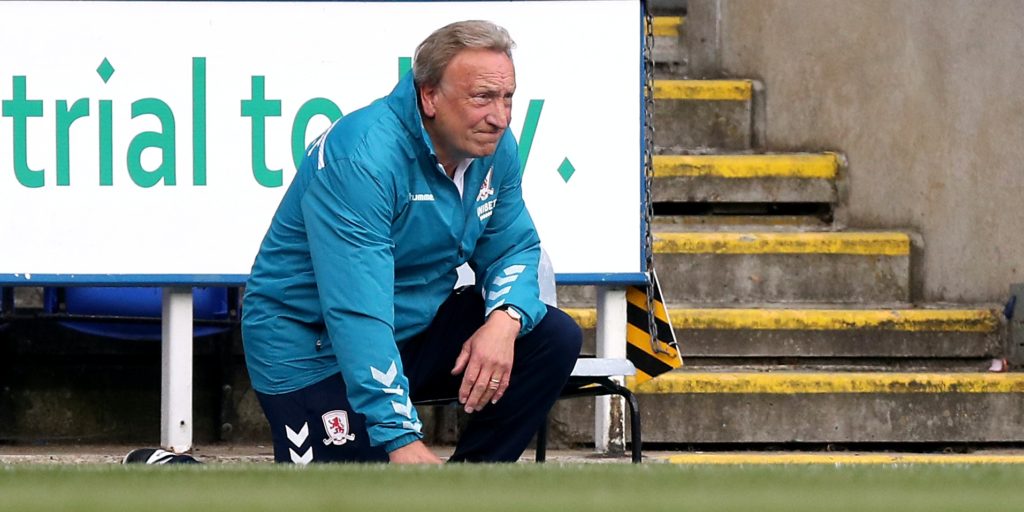 Middlesbrough boss Neil Warnock will allow himself to enjoy a celebratory drink before turning his attention to his future after he completed his Championship survival mission.

Warnock ensured Boro avoided the drop with an injury-time 2-1 win at Sheffield Wednesday.

It would have needed an unlikely set of results to send the north east club down on a frantic final day, but Britt Assombalonga’s injury-time goal earned them the three points after Paddy McNair’s goal had earlier cancelled out Jacob Murphy’s opener for Wednesday.

Warnock has described his eight-game remit to keep Boro in the division as the toughest of his career and will now meet with owner Steve Gibson on Wednesday to discuss whether he will remain in the job next season.

But not until this term’s achievement is celebrated.

“We’ll get tonight out of the way first, we are going to have a celebration,” the 71-year-old said. “I am taking all the staff out for a drink.

“What a relief. It has been a hell of a job, as difficult as I have ever had.

“We have had this meeting planned from day one, I have definitely got things to tell Steve, he has asked me about the whole club, could I paint the picture of what’s needed to be successful next season.

“I just don’t know anymore, I’ll be speaking to Steve, you know what my relationship is with him. He is a super guy.

“I am just delighted for the fans and everyone at home. There were a lot of doom and gloom merchants but they will all be happy tonight.

“The lads have done a fabulous job, four wins on the trot away from home is fabulous, I don’t think I have done that before in my career. I thought we deserved it.”

Warnock led Boro to an 18th-placed finish, just one below Wednesday, whose miserable second half of the season ended in a fitting manner.

Their fate is still up in the air as they await the verdict of their EFL charge for breaking Financial Fair Play rules and finishing nine points above the relegation zone, they could find themselves in League One next season if they are handed a hefty deduction.

The Owls were third at Christmas, but suffered a miserable 2020 and boss Garry Monk is determined to keep his job after a run of four wins in 23 games.

“There is no getting away from it, it’s hard and it’s difficult,” he said of the job at Hillsborough.

“I have a strong attitude towards adversity. Just because there is tough moments and negativity I am never going to shy away from it.

“As it stands, I am the manager of the football club, I have a contract and I want to be here. I want to connect something back with the fans that we have maybe lost and get a team they can be proud of.”