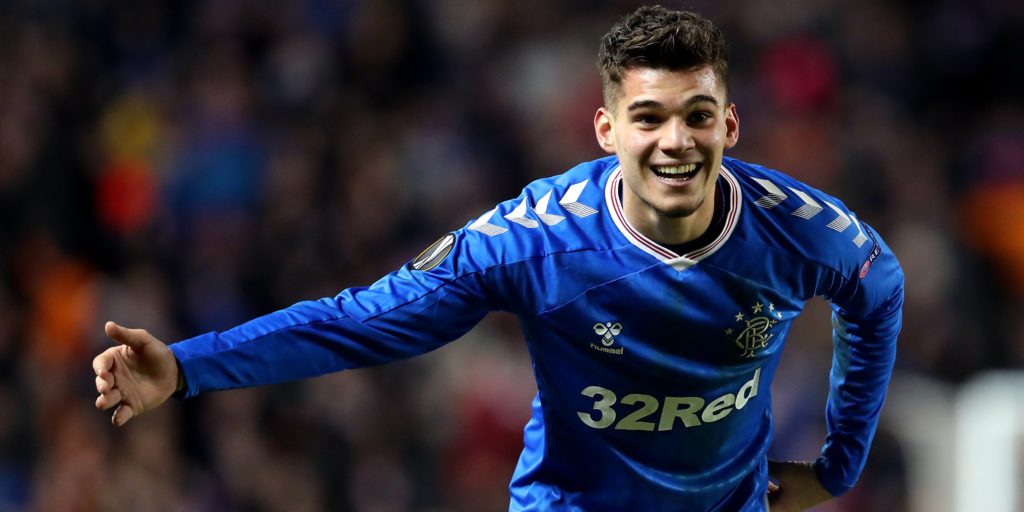 The Light Blues’ first home game in 132 days was put on hold just moments before the scheduled 6pm kick-off.

Rangers suffered a false start at Ibrox but then wasted little time as they romped past Motherwell on their way to an emphatic 4-0 friendly win.

The Light Blues’ first home game in 132 days was put on hold just moments before the scheduled 6pm kick-off with results of both teams’ weekly Covid-19 tests still to arrive.

However, the go-ahead came after a two-hour delay and Steven Gerrard’s team quickly picked up where they had left off in France last week, sweeping to a slick victory over their Premiership rivals.

Buoyed by their triumph in the Veolia Trophy, the Light Blues were swashbuckling in attack and struck three times before the break through Ryan Kent, Ianis Hagi and Joe Aribo.

A Ricki Lamie own goal midway through the second half then capped off a miserable night for the Steelemen.

Well had started in determined mood as they looked to put the midfield squeeze on Gerrard’s side.

But it took Gers just seven minutes to open up their guests, with Kent drilling home from a loose Alan Campbell header at the edge of the box.

Rangers kept their foot on the gas and struck again three minutes later.

Borna Barisic delivered a sublime cross for Hagi and the Romanian did the rest with a firm back-post header.

The former Genk ace had three more close calls as well as an unsuccessful penalty appeal but had to console himself with a part in Aribo’s goal on the stroke of half-time as the Nigeria international danced his way into the box before stabbing home the third.

Jon McLaughlin did his bid to dislodge Allan McGregor as Rangers’ number one keeper no harm with two stunning point-blank saves to deny Liam Donnelly and David Turnbull on the hour mark.

And substitute Brandon Barker continued his recent revival on 68 minutes as he darted into the box before throwing over a cross which Lamie bundled into his own net.

However, Gerrard was left cursing late on as back-up striker Jermain Defoe limped off injured.