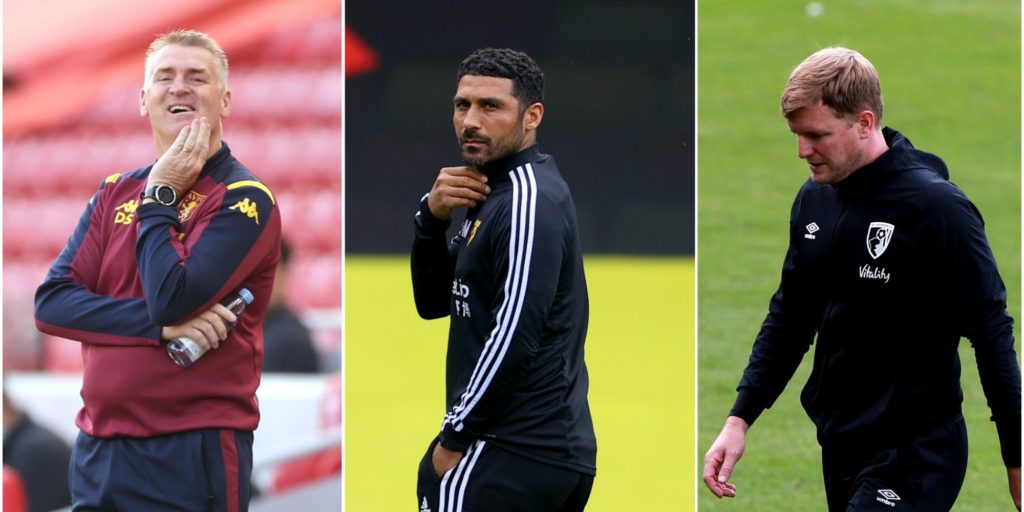 The three clubs are separated by three points heading into the final weekend, and only one can stay up.

The cost of relegation from the Premier League is estimated to be around GBP 200million, and it could be decided by the finest of margins on Sunday.

Three teams are separated by three points, their goal difference almost identical, but only one can survive.

Here, the PA news agency looks ahead to a vital weekend at the bottom.

Who’s in the mix?

Aston Villa beat Arsenal 1-0 on Tuesday to move out of the drop zone for the first time since February, their goal difference now one better than Watford’s after the Hornets were thrashed 4-0 at home by Manchester City.

Bournemouth are three points further back, with the same goal difference as Watford, after losing 2-0 at home to Southampton on Sunday.

West Ham are not yet mathematically safe going into Wednesday’s game against Manchester United, though their vastly superior goal difference should ensure they have little to worry about.

If the points are level, goal difference comes into play, and if that too is level it comes down to goals scored. As it stands, Villa have scored 40, Bournemouth 37 and Watford 34.

If necessary, it could then go to head-to-head record, or beyond that, the unlikely scenario of a play-off behind closed doors.

Aston Villa put themselves in pole position with their victory over Arsenal. They travel to West Ham knowing they are safe as long as they can match Watford’s result – unless both teams lose and Bournemouth win.

Dean Smith’s side have found some form at a crucial moment and are unbeaten in three as they try to save themselves.

“Now we’ve got the season in our hands and that’s all you can ask for,” manager Smith said after beating the Gunners.

“Watford can go and win at Arsenal so we have to make sure we win at West Ham.”

If Watford’s shock decision to sack head coach Nigel Pearson last weekend was supposed to spark a response from the players, it failed miserably as they were comfortably beaten by a City side who had effectively declared with an hour gone.

Goalkeeper Ben Foster said after the match that confidence within the dressing room was “crazy, crazy low”, inspiring little belief they can get themselves out of it against Arsenal on Sunday.

Pearson had done a remarkable job in overseeing a turnaround in fortunes after taking over in December, but the suspension of the season cost them momentum and interim boss Hayden Mullins has been given little time to work out how to recapture it.

They make the short trip to the Emirates knowing that if Villa win they must better their result by two or more goals, though if Villa draw a Watford win keeps them up, and they can afford a draw if Villa lose.

“Obviously it is a tough game against a very good side in Arsenal,” Mullins said, speaking before the Gunners’ loss at Villa. “They are doing very well at the moment, but we can only concentrate on ourselves and we are not really going to worry about other results going our way.”

Bournemouth go to Everton knowing they have to win to have any chance of staying up, and even then it will only work out for Eddie Howe’s side if both Villa and Watford lose.

The Cherries have been in the top flight since 2015, when a remarkable six-year journey from the lower reaches of League Two brought them to the Premier League.

But they have never truly got going this term, in and around the bottom three from the very start and losing 22 of their 37 games so far.

Howe, whose long association with the club goes back to breaking through from the academy, having two stints as a player and now more than a decade in charge across two spells as manager, has admitted the relegation battle as “consumed” him in recent weeks but there is at least hope.

“The key thing is while there’s still hope we have to believe, until such time as it is mathematically impossible,” he said. “You never know in football… crazy things happen.”