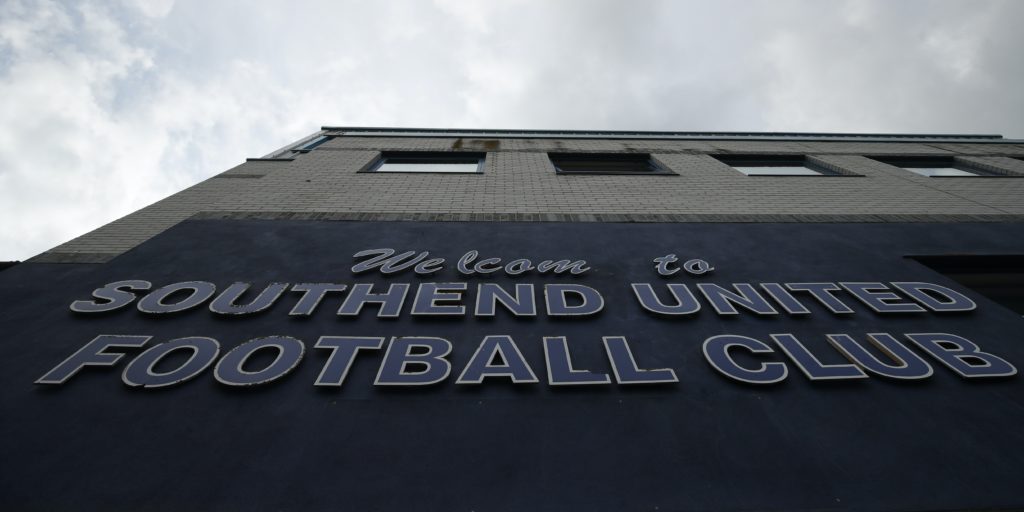 The Shrimpers have agreement with the council to redevelop their existing Roots Hall ground and build a new stadium.

A winding-up petition against Southend has been adjourned until September 16.

HM Revenue and Customs had issued the petition over an unspecified amount of tax owed by the Shrimpers, who were relegated back to Sky Bet League Two following the curtailment of the season in the wake of the coronavirus pandemic.

In April, a hearing at the Insolvency and Companies Court was previously adjourned after HMRC had been informed of a refinancing plan.

At the remote hearing on July 22, Judge Sebastian Prentis adjourned the petition until September 16 for settlement of the HMRC debt through refinancing, which potentially will involve planning permission from Southend Borough Council for property development.

Chairman Ron Martin had previously stated the outstanding tax bill meant the club were under a transfer embargo from the English Football League.

During April, Southend announced on their official club website that an agreement had been reached with the council to redevelop their existing Roots Hall ground into 502 rental homes, with a new stadium being built at a site at Fossetts Farm, both ventures subject to the planning process.

Council leader Ian Gilbert told the club website at the time: “We have always recognised the importance of the football club to the borough and we now have the opportunity to enable them to deliver their new stadium and secure the club’s future. So this is a win-win situation.”

On the field, Southend are currently looking for a new manager after Sol Campbell and his backroom staff left by mutual consent at the end of June.

The former England and Arsenal defender joined the Essex club in October 2019, but was unable to prevent relegation to League Two.

The Shrimpers had won just four of their 35 games when the League One season was curtailed.

Martin confirmed last week the club were close to starting the interview process and told the PA news agency Southend had received “innumerable applications, some (from) experienced managers and others coaches seeking to step up”.

At the start of June, Southend were handed a suspended three-point deduction for breaches of EFL regulations and also fined GBP 7,500.

Southend were punished by an independent disciplinary commission for late payments to players in December 2019 and again in February 2020.

The Shrimpers were also charged with fielding an ineligible player in the league match against Lincoln on February 1.