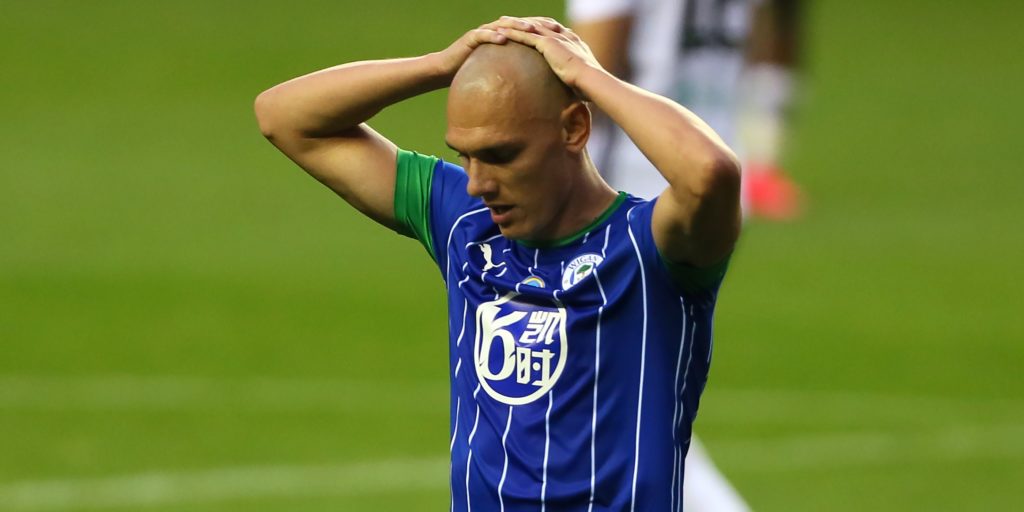 Paul Cook’s side will go down if their appeal against a points deduction for going into administration is rejected.

Wigan face relegation from the Sky Bet Championship after their turbulent season concluded with a 1-1 draw with play-off bound Fulham at the DW Stadium.

With a 12-point deduction for entering administration looming, Wigan needed a win, plus other results going their way, to keep their heads above water.

They were staying up as things stood at half-time after Kieffer Moore’s 32nd-minute header had given them the lead, but Neeskens Kebano levelled with a free-kick four minutes after the break.

Leon Balogun was subsequently denied by a good Marek Rodak save and late pressure amounted to nothing as Wigan failed to find the additional goal they so desperately craved.

Their total of 59 points, which would have put them 10 clear of the relegation zone in 13th place, being cut by 12 sends them down to 23rd place.

The club are appealing against the deduction, but while they await the outcome of that, this ending to the campaign will be tough to take for Paul Cook’s Latics, who have lost only one of their final 15 games this term.

There had, at least, been some positive news for Wigan earlier on Wednesday, with their administrators announcing they had selected a preferred bidder to buy the club.

Scott Parker’s Fulham, who went into the contest with an outside chance of making the automatic promotion places, finish fourth and will face Cardiff in the play-off semi-finals.

The first chance of the match saw Aleksandar Mitrovic blaze over in the second minute having been teed up by Kebano, who subsequently brought a decent block out of David Marshall.

Kal Naismith saw his shot saved by Rodak at the other end, then Fulham cries for a penalty left referee John Brooks unmoved when Marshall collided with Mitrovic.

Wigan started to exert more pressure, and after Sam Morsy struck wide, Moore had the ball in the Fulham net, tapping in after Rodak parried Naismith’s shot, but the flag was up for offside.

Moments later Moore then had a penalty appeal of his own turned down, following a tangle with Joe Bryan, before producing another close-range finish to put the hosts in front, heading home from Nathan Byrne’s cross.

Fulham responded with a trio of off-target efforts before the interval from Josh Onomah, Mitrovic and Harry Arter, and things looked good for Wigan as the teams went in for the break, with fellow relegation battlers Charlton losing at Leeds.

But they were dealt a blow shortly after the restart as Kebano stepped up and sent a free-kick in from just outside the box to bring things level.

Wigan almost regained the lead just before the hour mark as Balogun’s header was kept out by a fine Rodak stop, and Kieran Dowell found the side-netting a minute later.

Moore then threw himself at another Byrne cross but was unable to make contact, Naismith and Joe Williams saw strikes fly wide, and there were further unsuccessful attempts from Naimsith and substitute Joe Gelhardt as Wigan’s hunt for another, vital goal proved in vain.