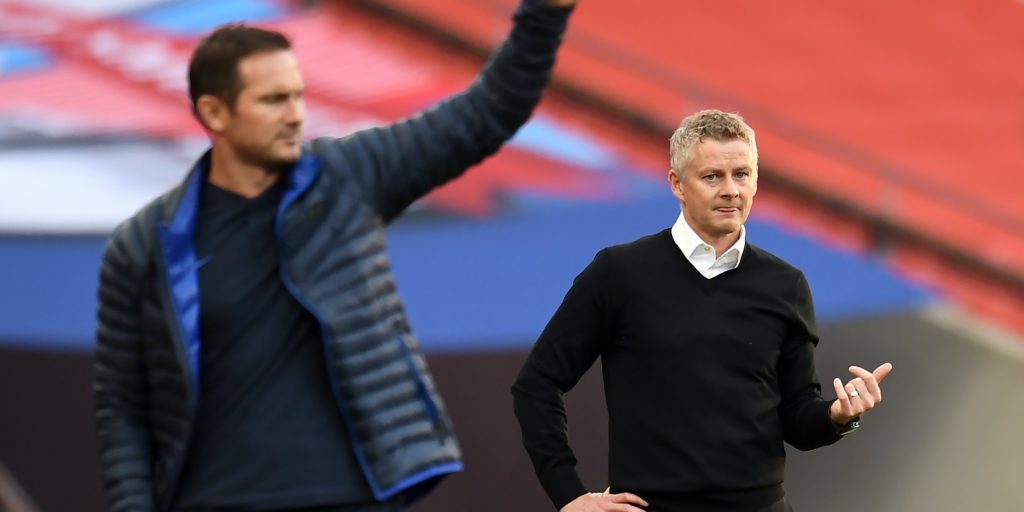 Manchester United and Leicester face each other on Sunday.

Three into two will not go on Sunday, when one of Manchester United, Chelsea or Leicester will end up thwarted in the bid for Champions League qualification.

The battle for Europa League qualification is also going down to the wire.

Here, PA Sport looks at the race for Europe in the final round of Premier League games.

Champions Liverpool and runners-up Manchester City have long since rubber-stamped their places in Europe’s top contest next term – though Pep Guardiola’s men needed a Court of Arbitration for Sport victory to confirm it. Manchester United, Chelsea and Leicester will fight it out for the other two berths. United face a trip to direct rivals Leicester, while Chelsea host Wolves in Sunday’s final round of league fixtures. Ole Gunnar Solskjaer’s United only need a draw to secure that all-important top-four finish. With Leicester and United facing each other, a draw would also be good enough for Frank Lampard’s Chelsea to seal that Champions League berth. The only way Leicester can guarantee a top-four finish is to beat United, although a draw would be enough for the Foxes should Chelsea lose at home to Wolves – owing to superior goal difference.

One of Manchester United, Chelsea and Leicester will end up in Europe’s second-tier contest next term. The teams who finish fifth and sixth in the league will qualify for next season’s Europa League. Should Chelsea beat Arsenal in the FA Cup final, then seventh place will also earn a Europa League spot. The team to qualify in the lowest league position goes into the Europa League’s second qualifying round. Wolves and Tottenham are fighting it out for sixth place. Wolves are one point ahead of Spurs heading into the final round of fixtures, with Jose Mourinho’s Londoners taking on Crystal Palace at Selhurst Park. A win will guarantee Wolves sixth place then, but Spurs could still leapfrog the Molineux men.

The spanner in the works