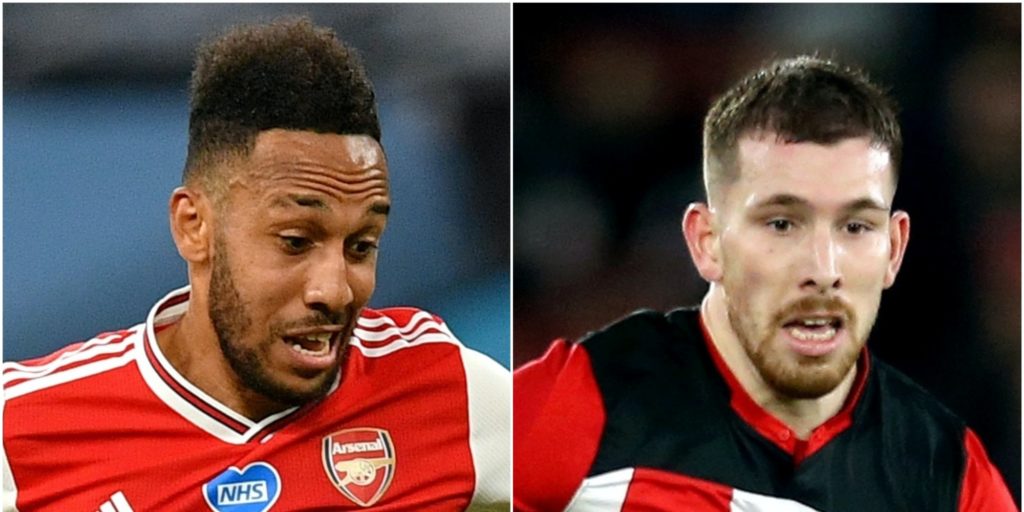 Arsenal are ramping up their efforts to keep Pierre-Emerick Aubameyang while Tottenham believe they can swoop on Pierre-Emile Hojbjerg.

Arsenal are reportedly eager to step up their campaign to convince Pierre-Emerick Aubameyang to stay at Emirates Stadium. According to The Daily Telegraph, the Gunners are set to offer the 31-year-old striker a new contract worth about GBP 250,000 a week plus bonuses.

Another Pierre making the transfer rumour round-up is Southampton midfielder Pierre-Emile Hojbjerg. The Guardian reports Tottenham are confident of swooping in to sign the 24-year-old – despite Everton already having a GBP 25m bid for the Denmark international accepted.

The Bristol Post says Rangers manager Steven Gerrard has turned down an offer to lead Bristol City. The decision leaves the Robins still in pursuit of a new head coach while suggesting Gerrard is happy to continue calling Ibrox Stadium home.

Japhet Tanganga: The 21-year-old defender is close to signing a new contract with Tottenham, reports The Independent.

Ruben Semedo: Porto are preparing a GBP 6.3m bid for the Olympiakos defender, according to Sport 24.